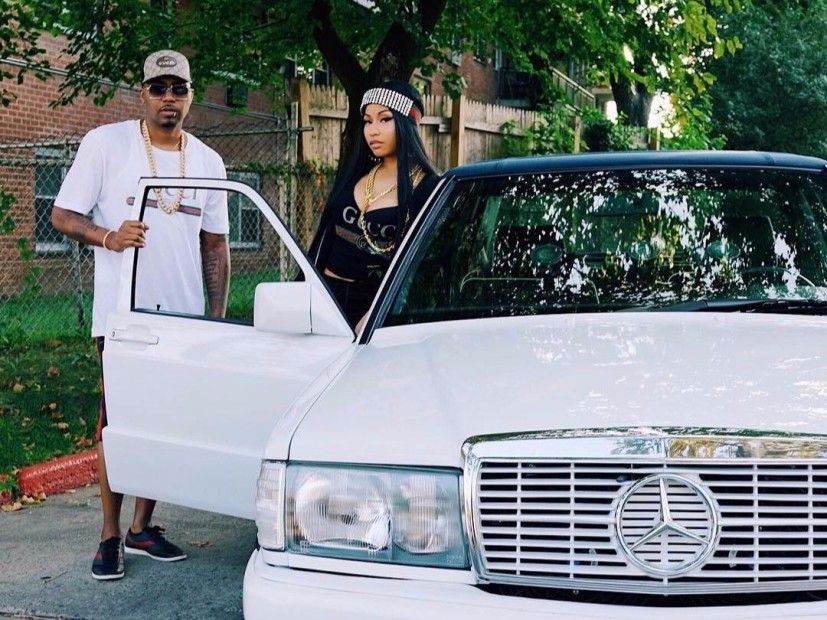 After reports emerged over the weekend that Nicki Minaj and Nas have been dating since May, the (alleged) high profile couple posted a new batch of photos to their respective Instagram accounts on Sunday (September 17).

This time, the photos captured the pair posing in matching Gucci gear next to the Illmatic mastermind’s 1988 190E Mercedes-Benz, something he evidently picked up for his 44th birthday.

Minaj was more elusive with her caption, writing, “Nasty Nas hopped out the illmatic ’88 benz tryna holla @ me earlier today in Queens.”

Dating rumors have been flying since May when Minaj posted a photo of herself with Nas at his Sweet Chick restaurant in New York. Then last week, a video surfaced of Nas’ 44th birthday party that showed the Queens MC kissing and licking Minaj’s face.

Minaj broke up with former flame Meek Mill in January and has remained tight-lipped about her private life. During an interview with daytime talk show host Ellen DeGeneres, she did admit she and Nas had sleepovers, but they hadn’t done the “nasty.”

“We have [had sleepovers],” she said. “I go to him. I just thought him coming to me was too forward. Let me clarify … I know people are going to think … no. We didn’t do the …”

“Because you know, I’m just chillin’ right now,” Minaj continued. “I’m celibate. I wanted to go a year without dating any man. I hate men. But I might make an exception to the rule for him because he’s so dope.”

Whether the recent photoshoot was simply a professional endeavor or a symbol of something more (or both) remains to be seen.

For now, check out more of their photos below.

Cars ride by with the boomin system??