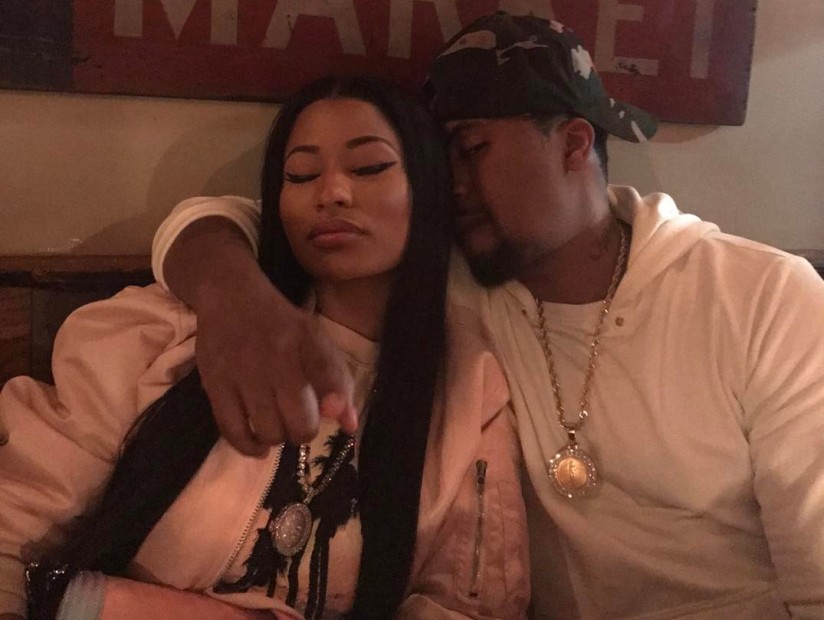 The way Nas is pictured comfortably, nuzzled up next to Nicki Minaj during dinner at the New York location of his Sweet Chick restaurant on Tuesday (May 9), fuels speculation that the two are dating.

Nicki posted the pic to her Instagram annotated with the caption, “Only KINGS recognize QUEENS,” before gloating about how great the food at Sweet Chick is. Nas also reposted it on his own Insta.

It also appears that the rumored couple are rocking identical medallions around their necks.

This isn’t the first time the “No Frauds” artist and Nasty Nas have gotten close. In Nicki’s 2012 video “Right By My Side” featuring Chris Brown, the two shared a sensual on-camera kiss.

Statik Selektah also happened to catch a quick flick with them as Nicki proudly holds up someone‘s Emmy.

Although the nature of Nicki and Nas’ relationship isn’t crystal clear yet, what is clear is that the dinner was to celebrate a win of some sort as noted by everyone’s congratulatory captions. Perhaps Netflix’s The Get Down, which Nas is an executive producer of, has been submitted for an Emmy nomination.

Nas’ dating life has mostly been low-key since divorcing Kelis in 2010. On the flip side, Nicki’s love life has been the topic of headline news since her two-year relationship with Meek Mill ended a few months ago. She also dated Safaree Samuels for 12 years, ending when she and Meek began their relationship in 2014.

Only time will tell if Nicki and Nas will become Hip Hop’s latest power couple.