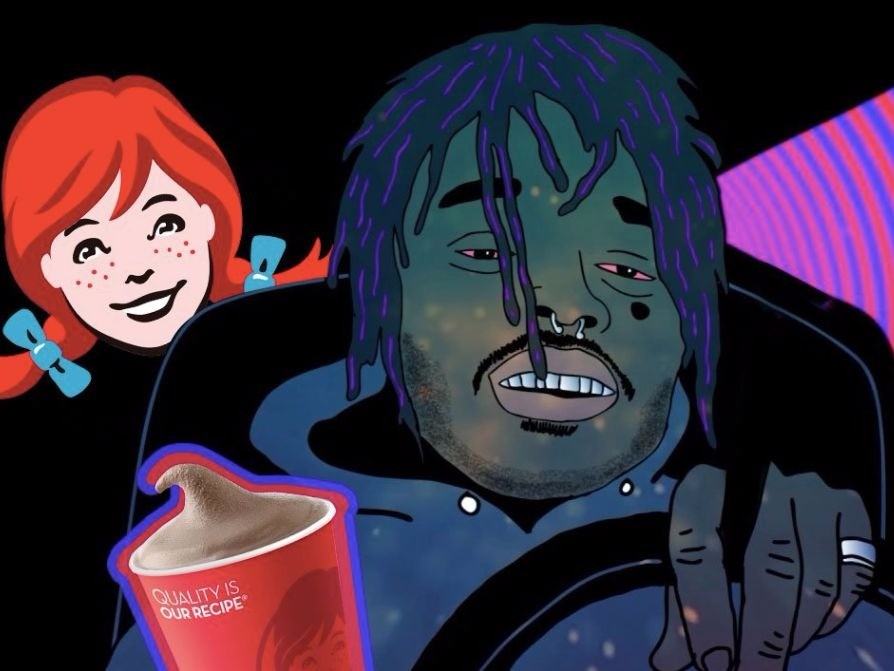 With lines like, “Sit down, be humble,” an obvious nod to Kendrick Lamar’s “HUMBLE.,”and a mention of Syd Tha Kyd (albeit her name is spelled incorrectly), it’s clear they’re up to speed on their current Hip Hop.

Wendy’s took it a step further and retweeted a post from SoundCloud announcing a “XO Frost Llif3” collab. The music platform used cover art mimicking Lil Uzi Vert’s “XO Tour Llif3.” The difference? Wendy is riding in the backseat and Uzi is holding a Frosty.

The social media shenanigans even caught the attention of esteemed rap battle league King Of The Dot. The league wrote on Twitter, “Hey now, @Wendys & @Wingstop … there’s a time & a place for this,” which was accompanied by a winking emoji.

Check out the full exchange above.