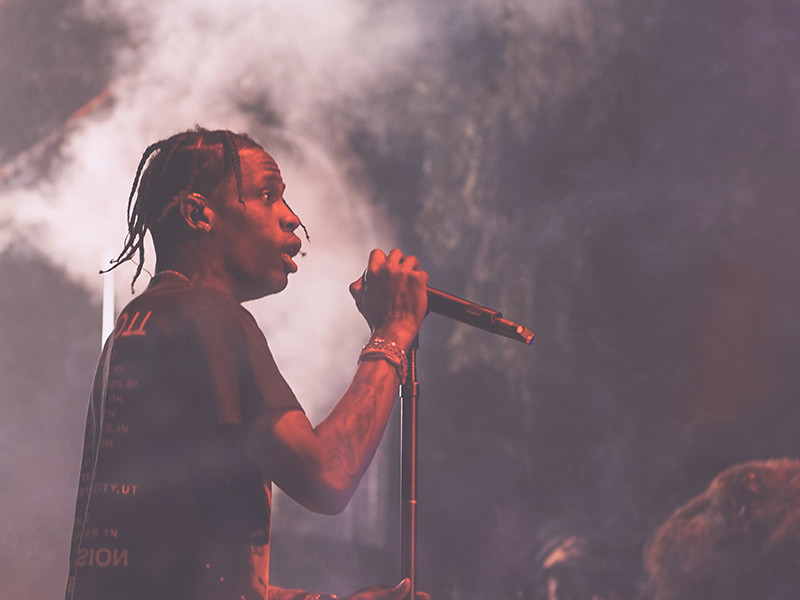 Travis Scott may be becoming a father in the near future, but right now he’s focused on elevating the tour experience to his fans across the world. In a new feature published in Rolling Stone, Scott reveals that for the accompanying tour supporting his yet-to-be-released album Astroworld, he wants his concerts to double as amusement parks.

According to Scott, he’d like to perform while different park rides are going on around him. “I don’t know why it hasn’t been done already — I think people just don’t do shit,” he says. “Who makes stages these days that are that cool?

Amusement park rides aren’t that far off from the chaotic performances for which he’s already known. In July, Scott performed on an enormous animatronic bird as he opened for Kendrick Lamar’s DAMN. tour stop in Phoenix, Arizona. At some points during the performance, Travis stood on top of the bird as it was suspended in mid-air. He would go on to perform with it on multiple stops of The DAMN. Tour. Scott was inspired to create the bird after a visit to Legoland in San Diego, according to Rolling Stone.

Back in May, Scott was arrested for inciting a riot after encouraging fans to rush on stage in Rogers, Arkansas. Police revealed that several people were injured, including a security guard and a police officer. Scott pleaded not guilty to the charges. He revealed to Rolling Stone that the incident didn’t have an impact on his onstage behavior. “People gotta understand, sometimes shit gets out of control,” he says. “I’m not trying to cause no harm — I just perform.” He then says that a possible solution would be getting more popular than he is already.

“I think I just gotta get into bigger spaces, have more space to get in,” he says.