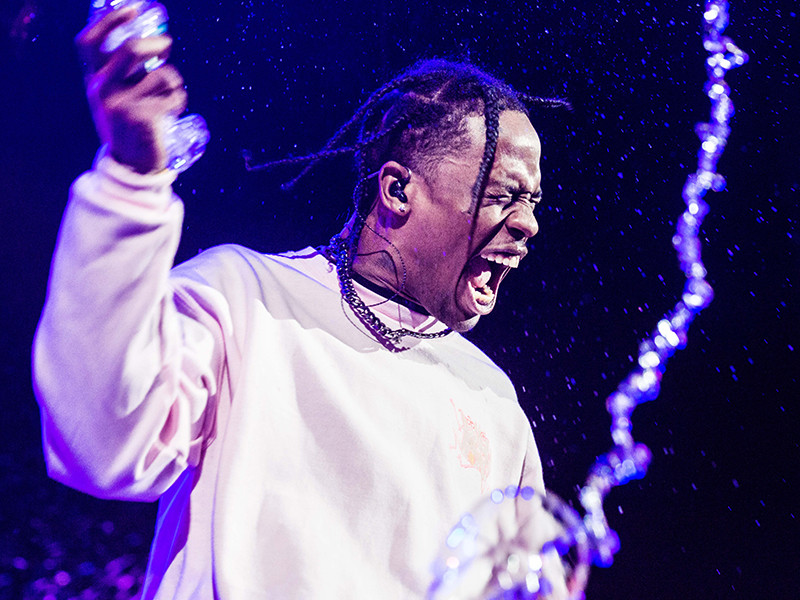 What’s the difference between a Travis Scott concert and a riot? Very little, at least according to police in Arkansas.

Scott reportedly told fans to bypass the barriers and rush the stage, and in the chaos, several people were injured, including a member of the security staff and a police officer.

He faces charges of inciting a riot, endangering a minor and disorderly conduct.

This is when Benton County ? department declared the show a riot #freetravisscott @travisscott

Scott’s high-energy performances and turn-up incitement have led to issues for him before — most recently when he cheered fans on to jump from the second-story balcony at a concert in NYC on April 30.

“I see you. But are you gonna do it? … They gonna catch you. Don’t be scared,” Travis Scott can be heard saying in the video.

Another fan later took the plunge from the third story and ended up in the hospital with injuries to his leg and back.

Scott’s rep later denied that Scott had encouraged the three-story leap and wrote in a statement that crowd safety is a priority at every show.

“The safety of everyone is held in the highest regard and we are currently conducting an internal investigation to ensure that this does not happen again,” the statement read. “We are deeply concerned about the guest who was injured and intend to offer him our support.”

This isn’t even the first time Scott been charged with inciting a riot. Police cut his 2015 Lollapalooza set short when he told the massive crowd to rush the stage.