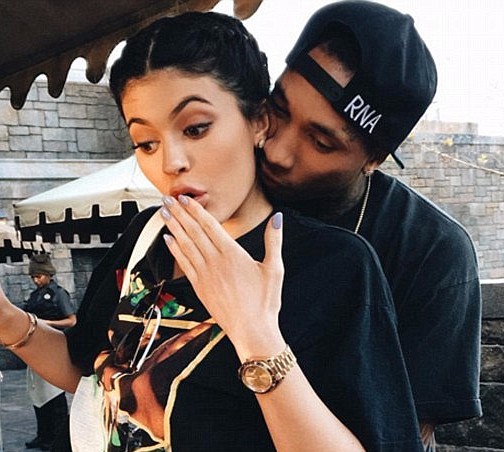 Savage Twitter had plenty to say about the news that Kylie Jenner is having Travis Scott’s baby — especially since she’s been linked to Tyga before she was even considered an adult.

For those out of the loop, TMZ is reporting that the youngest Keeping Up with the Kardashians starlet is following the footsteps of her big sister Kim and is set to deliver a Good Music baby unto the world.

And reports are indicating that it’s a girl.

While the story is still developing and neither Kylie or La Flame has yet to release an official statement, Twitter couldn’t wait to talk about Tyga.

Tyga May have been dating a Kylie Jenner when she was a kid but at least he didn’t give her a kid pic.twitter.com/nOfgExbyd3

-with Tyga for 5 years, doesn't get pregnant

-with Travis Scott for 3 months, gets pregnant and ruins his life

Didn't Kylie break up with tyga so she could live her young and free life… pic.twitter.com/fm0WcGXfnB

Travis did in less than a year what Tyga couldn't, secure the bag pic.twitter.com/kJxKhEHTH2

Tyga when he heard that Kylie Jenner is pregnant. pic.twitter.com/7XND9okTSi

Travis Scott the moment he realized he got Kylie Jenner pregnant and finessed that makeup money pic.twitter.com/GDjk3uHilc

I wanted Kylie Jenner to get back with Tyga pic.twitter.com/uSeWqsesCG