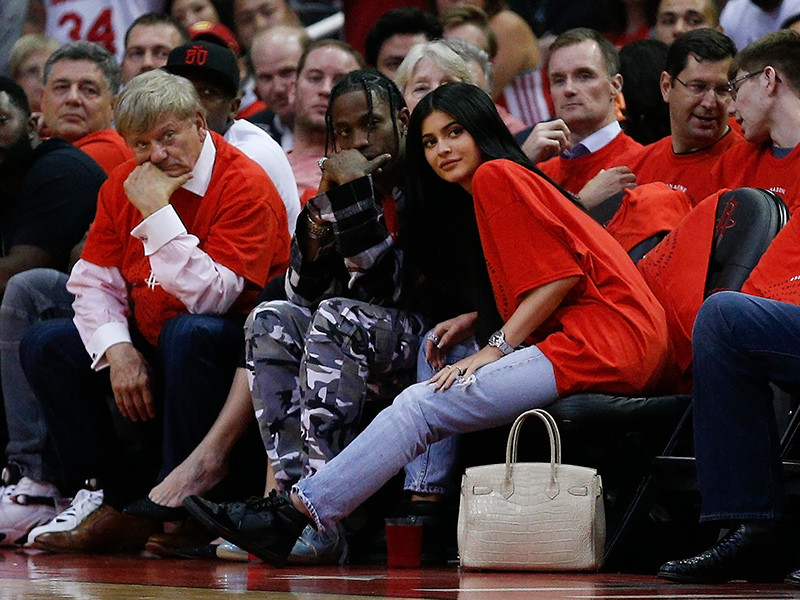 Kylie Jenner & Travis Scott Are Reportedly Having A Baby Girl

As the pregnancy rumors continue to swirl, a source close to Kylie Jenner and boyfriend Travis Scott has revealed the couple is expecting a girl. According to TMZ, Jenner is around five months pregnant and has been sharing the news with her friends for the past two months. The 25-year-old rapper has also reportedly been telling his friends about his impending fatherhood.

The timing of Jenner’s pregnancy, coupled with reports that Kim Kardashian and Kanye West’s third child is coming via surrogate, has set off some (still unfounded) theories that Jenner is handling the job.

Kardashian and West’s baby is reportedly expected to arrive via surrogate in late January or early February, but earlier this month, the person carrying the child was reported to be an “African-American woman in her 20s.”

For now, the internet is having a field day with the wild possibility Jenner is Kardashian’s surrogate.

What if the Kardashians want us to think @KylieJenner is pregnant by her boyfriend, but she's really @KimKardashian's surrogate? pic.twitter.com/9jV1otYGEI

What if the twist in the alleged Kylie Jenner pregnancy is that she's Kim and Kanye's surrogate for baby no. 3? pic.twitter.com/RI8CG18Qvz

(The original version of this article was published on September 22, 2017 and can be found below.)

The rumor mill is buzzing once again and Kylie Jenner’s relationship with rapper Travis Scott is at the center. According to TMZ, Jenner is pregnant with Scott’s child.

Jenner reportedly started sharing the news with her friends earlier this month at the Day N Night Fest in Anaheim, California, and sources close to Scott said he’s been talking about the pregnancy with his friends as well.

On Thursday (September 21), the youngest member of the Kardashian clan shared a photo of herself on Instagram and several of her followers are inquiring about her alleged pregnancy.

So far, neither Scott nor Jenner has not addressed the report on social media.

The couple started dating in April, around the time Jenner broke up with on-and-off again boyfriend Tyga.

Last month, Scott gifted her with a $60,000 butterfly necklace for her 20th birthday.

Jenner’s famous older sister, Kim Kardashian, is married to Kanye West and the couple has two children, with a third reportedly on the way.