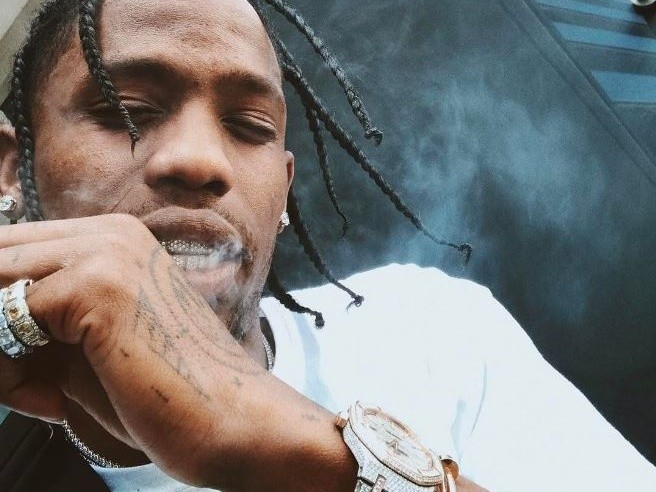 A courtside appearance from rapper Travis Scott and Kylie Jenner has the internet wondering “are they or aren’t they?”

The pair’s joint appearance went down yesterday (April 25) at Houston’s Toyota Center as the Houston Rockets dashed any hopes of a NBA Championship for the Oklahoma City Thunder.

This serves as their second appearance together in less than a week, making the internet eager to label the two an item.

Over the weekend, the two were caught holding hands at the Coachella music festival, where Scott performed. Video of their encounter was shared on Twitter last week.

This latest appearance from Scott and Jenner comes as Jenner and former beau Tyga have apparently called it quits following a lengthy, high-visibility relationship. Tyga was spotted out with 26-year-old model Jordan Ozuna last week in a photo that instantly became a meme.

News of a possible romance between Scott and Jenner comes days after it was revealed that the Houston rhymer will be joining fellow rapper Kendrick Lamar on his DAMN. Tour. The tour is scheduled to kick off in Phoenix, Arizona on July 12.