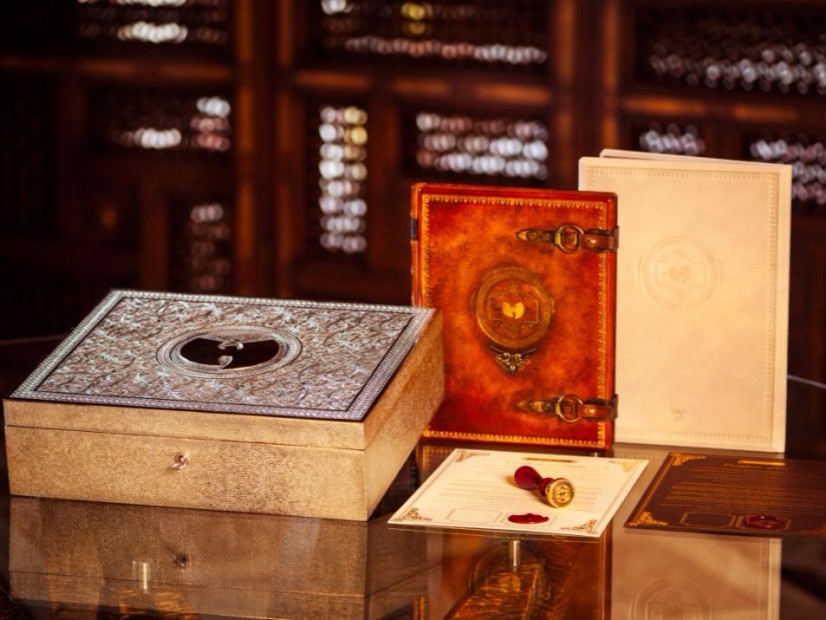 When Martin Shkreli got his hands on the one and only copy (supposedly) of Wu-Tang Clan’s Once Upon A Time In Shaolin in 2015, it not only infuriated loyal Wu-Tang fans but also left the future of the album uncertain.

Would anyone besides Shkreli and the people who crafted it get to hear it?

There was that “first, last and only” listening session in 2015 and the recent interview Shkreli did where he nonchalantly played the 31-track album for nearly two minutes in the background, but aside from that, most people don’t know what the album sounds like.

Matt “M-Eighty” Markoff, a close Wu-Tang affiliate who has worked as an artist, A&R and executive alongside the Wu-Tang family for over 15 years, is attempting to change that. On Sunday (September 17), eBay closed the bidding for Shkreli’s rare artifact, which the infamous “Pharma Bro” had put up for auction earlier this month. It said the “winning bid” was $1,025,100.

At the time, it appeared to be a done deal. An unidentified person was officially the owner of Once Upon A Time In Shaolin — wrong.

Markoff had already been negotiating with Shkreli behind the scenes — via text and emails — and was told he was in the running for the album. He was the only person who presented a formal offer and it looked like Markoff was about to win the auction.

But after Shkreli’s $5 million bail was revoked and he went back to jail on Tuesday (September 12) for a Facebook post about Hillary Clinton, Markoff explained Shkreli was never able to finalize the sale.

On Tuesday (September 19), Markoff received an email from litigation attorney Scott Vernick, a partner at Fox Rothchild LLP in Pennsylvania who is handling the sale.

“We represent Martin Shkreli in this matter,” Vernick wrote. “We have a competitive bid at $1M that has demonstrated proof funds and is prepared to deposit cash in an escrow account pending an expedited closing. Are you prepared to submit a competitive bid? Please advise. Thank you.”

This proves the “winning bid” was bogus. Shkreli’s people are still trying to close the deal.

According to Markoff, it turns out the anonymous “highest bidder” is Colorado resident Darby Welch, but Shkreli’s attorneys have yet to receive payment from Welch. Markoff says he’s open to working in conjunction with Welch to release the album publicly, but there’s still doubt about the bid.

“I’m extremely confident that in light of Martin’s recent incarceration, there’s potential that the eBay auction will not hold up,” Markoff tells HipHopDX. “There is doubt the buyer is a qualified candidate who has the requisite funds, meets sellers specific deadlines, and is a real candidate versus a friend of the seller who may have intentionally bid up the auction in hopes of reaching a greater sales potential.”

He adds, “I know from my dialogue with Martin prior to his arrest that I’m not only a financially qualified candidate, but also the only candidate who presented an official offer sheet with specific legal requests to be met if I was chosen by Martin and/or a fiduciary acting on his behalf to become the new legal owner of Wu-Tang Clan’s Once Upon a time in Shaolin album.”

Markoff is 70 percent sure he’ll become the new owner of the album. The remaining 30 percent represents his “reservations and potential disbelief” that it will actually happen.

“For days leading up to Martin’s arrest, after I had successfully provided him with my offer memorandum and financial reports, he failed to provide me with a copy of his original purchase agreement for both my personal review and that of my legal counsel,” he says. “Above all else, that’s the biggest consideration I have when presented with the reality on spending a million dollars.

“Coupled with the fact I was not sent the original purchase docs for review from Martin and most recently from his council who informed me as of yesterday [September 19] that the album is still available for sale regardless of what eBay dictates, my other fears include the fact that Martin himself noted in the auction that the tangible items that accompany the actual music discs have been slightly damaged.”

Markoff is aware of the potential negative outcomes of going through with the purchase. The album might not up to par with classic Wu albums like 1993’s Enter The Wu-Tang (36 Chambers) or 1997’s Wu-Tang Forever. Plus, he doesn’t want to take the shine away from the official Wu-Tang album coming in October — Wu-Tang: The Saga Continues. Overall, he says he wants to do it for the fans.

“If the 70 percent faith outweighs the 30 percent of my reservations largely based off the follow through of the seller, then once all tangibles and intangibles are reviewed to my satisfaction, I look forward to proceeding with the sale,” he continues. “It’s for not only the benefit of myself, but more importantly Hip-Hop and Wu-Tang fans worldwide who have yearned to hear this unique album for more than two years.”