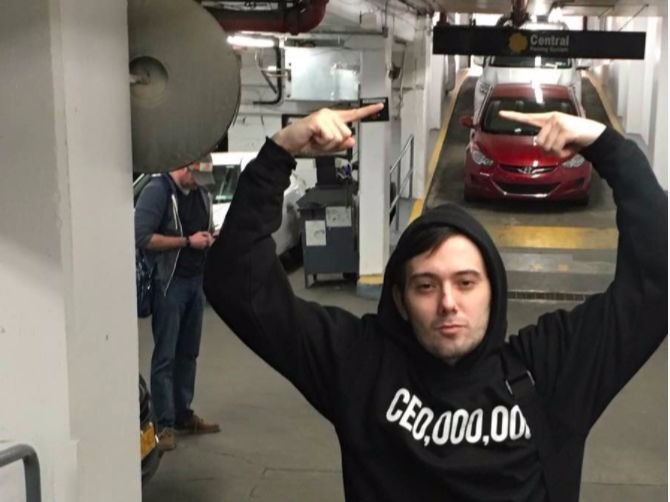 Martin Shkreli’s eBay sale of Wu-Tang Clan’s Once Upon a Time in Shaolin is evidently incomplete. According to Matt “M-Eighty” Markoff, whose tenure in the Hip Hop game is decades deep, Shkreli was unable to officially finalize the sale before being booked into a federal Brooklyn jail last week.

The good news? Once Markoff, who routinely works with Wu-Tang, is able to secure the album, he plans to share it with the rest of us.

“I was the second highest bidder at 1,025,000 and he did not make arrangements for the sale before being arrested again,” Markoff told HipHopDX. “If he has any release time before his ultimate conviction and sentencing, that is when he and I will be finalizing the purchase agreement off eBay.”

He added, “I will be releasing the album to the world at large. ”

As indicated by eBay’s website, the bidding for Once Upon A Time In Shaolin closed on September 15 and a bid of $1,025,100 was deemed “the winning bid.”

So far, Shkreli’s signature has not made it to the paperwork.

On September 7, shortly after the album went up for sale, Markoff posted his official proposal and announced his bid was in the Top 5. Skhreli’s John Hancock is noticeably missing.

“According to Martin Shkreli my proposal is sitting in the Top 5. #LETSGETIT,” Markoff wrote.

For now, the date of the album’s final sale is uncertain, but if Markoff has his way, it will be available to the public in the (very) near future.