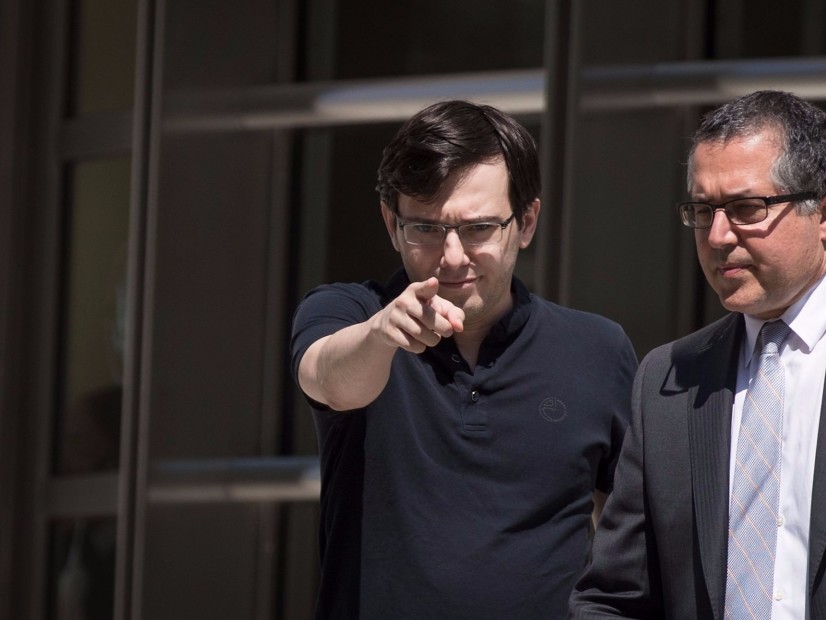 Brooklyn, NY – Infamous “Pharma-Bro” Martin Shkreli is currently sitting in a Brooklyn federal jail after being arrested (yet again) for two Facebook posts he made offering $5,000 to anyone who could get a strand of Hillary Clinton’s hair.

Shkreli is being accused of solicitation of assault.

Although Shkreli was free on $5 million bail after his fraud conviction last month, a federal judge reportedly revoked his bail on Wednesday (September 13), according to The New York Times. He was promptly taken into custody.

Shkreli apologized in writing and said he was surprised anyone took his online comments seriously. His attorneys begged the judge to give him another chance, but U.S. District Judge Kiyo Matsumoto remained steadfast.

“This is a solicitation of assault,” Matsumoto said. “That is not protected by the First Amendment.”

Shkreli’s since-deleted post read, “On HRC’s book tour, try to grab a hair from her. Will pay $5,000 per hair obtained from Hillary Clinton,” which prompted prosecutors to put the revocation in motion. The Secret Service is reportedly going to investigate.

Shkreli’s lawyer, Benjamin Brafman, called the posts “a momentary lapse in judgment,” but prosecutors said, “Shkreli has engaged in an escalating pattern of threats and harassment,” pointing to Shkreli’s alleged sexual threat he made toward a female journalist on Twitter.

Although Shkreli edited the original post about Clinton to point out it was “satire, meant for humor,” Judge Matsumoto cited the post Shkreli wrote the next day that read: “$5,000 but the hair has to include a follicle. Do not assault anyone for any reason ever (LOLIBERALS),” which presumably cemented her decision.

Shkreli has become a villain in the Hip Hop world. He was just recently trying to auction off his $2 million copy of Wu-Tang Clan’s Once Upon A Time In Shaolin, and has leaked material from Lil Wayne’s highly anticipated Tha Carter V in recent months.

He was convicted on three counts of securities fraud on August 4 and faces up to 20 years in prison.