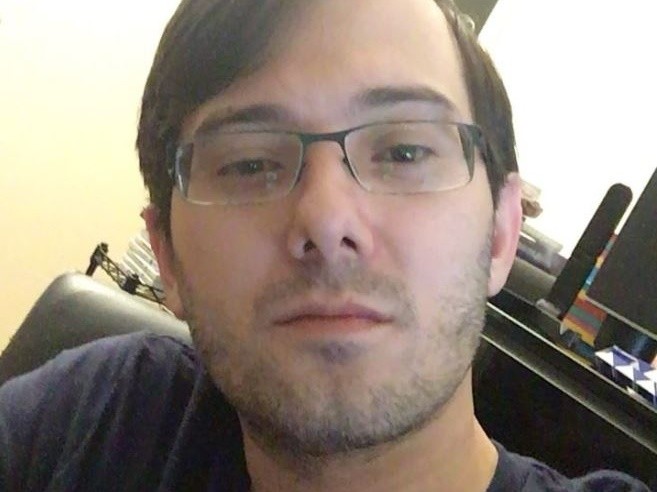 The bidding is heating up for Martin Shkreli’s auction of Wu-Tang Clan’s rare album, Once Upon A Time In Shaolin. Bidding has surpassed $1 million and at least some of the offers appear to be legit based on bidders’ eBay user history. Seven-figure bids haven’t stopped Shkreli from his antagonizing people in an eBay Q&A though.

The infamous “Pharma Bro” has answered quite a few questions on the auction’s page, providing actual information about the Wu-Tang LP as well as trolling fans.

Shkreli revealed the tracklist would be shown to legitimate bidders, noted Ol’ Dirty Bastard’s presence on the project and commended Method Man’s performance. But for the most part, he went back and forth with an angry crowd expressing their hate for controversial figure.

Check out a sample of the Q&A below.

Q: Do you even like wu tang?
A: not anymore!

Q: If Ghostface ends up being winning bidder, will you allow him to pay you with your own money?
A: He has no money.

Q: Not interested in the CD. Just wanted to tell you you’re a piece of shit.
A: I believe you are mistaken and too poor to bid on the CD. Better luck in your future endeavors.

Q: Please donate the entire amount to charity. It’s not too late to turn your life around. You don’t need the money.
A: turn my life around from what exactly?

Q: Hello I am not monetarily wealthy by any means .But what I am is hip hop.My life,my struggle and recovery from heroin addiction at age 17.I am willing to give my life savings for this album and if need be we can go thru my financials to see I’m ? about my situation.I have $800 and would be eternally grateful if this would work for you.I look to make no money or fame just the enjoyment as an avid WU TANG CLAN fan.
A: you need a dose of methadone and a double dose of reality. scram!

Q: Dude!!!! I’m your biggest fan! I just want to know why you’re a poopy on the doopy who eats shit sandwiches, and charges people a ton of money for a lifesaving pill because you’re an inhuman person who is the reason why the world sucks. I hope you love federal prison you sack of shit.
A: lol i wish i could get this mad about something that doesn’t affect me

Q: Why is everyone so gullible that they would actually pay you for this when your greed had you mark up medicines 5000%? This makes me sad for humanity.
A: what should medicines cost, then? how do you know it wasn’t too cheap before the price increase?

Q: I was wondering if you would consider putting that CD sideways up your ass? It would help you get ready for your treatment in prison. Also, you may want to learn to breathe with a big dick in your mouth. Then again, being seen with you greatly diminishes anyone’s reputation.
A: You appear to be very, very mad. Why?

Q: How well does it work as a frisbee? I broke mine the other day and need a new one.
A: I have no idea. You are welcome to test it, post-purchase.

Q: your responses are hysterical. I live in ny can I buy you lunch?
A: no i just ate

(The original version of this article was published on September 6, 2017 and can found below.)

It appears that Wu-Tang Clan’s coveted Once Upon A Time In Shaolin album could be in the process of swapping hands.

Martin Shkreli, the infamous former pharmaceutical exec in possession of the album, which he purchased for $2 million in December 2015, has listed it on eBay. As of publishing on Wednesday (September 6), the last bid was around $100,000 and still quickly growing.

In a description for the sale, Shkreli referenced his issues with those in Wu-Tang.

He also claims that before the sale is final, he might end up breaking Once Upon A Time In Shaolin out of pure frustration.

“I decided to purchase this album as a gift to the Wu-Tang Clan for their tremendous musical output,” Shkreli wrote. “Instead I received scorn from at least one of their (least-intelligent) members, and the world at large failed to see my purpose of putting a serious value behind music. I will be curious to see if the world values music nearly as much as I have…At any time I may cancel this sale and I may even break this album in frustration.”

Given that Shkreli first garnered notoriety for hiking the price of an HIV drug, there is some irony in the fact that he plans to donate half of the proceeds from the sale of Once Upon A Time In Shaolin to medical research.

“I will donate half of the sale proceeds to medical research,” he wrote. “I am not selling to raise cash—my companies and I have record amounts of cash on hand. I hope someone with a bigger heart for music can be found for this one-of-a-kind piece and makes it available for the world to hear.”

This latest news surrounding Once Upon A Time In Shaolin comes weeks after Shkreli played a portion of the album during a livestream.

He’s awaiting sentencing after being convicted of fraud charges in August.