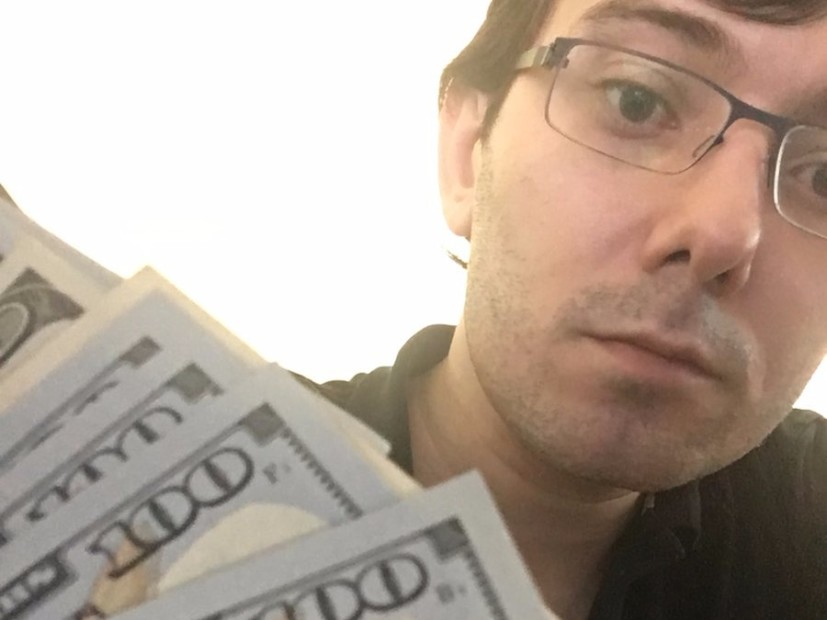 Despite throwing some disrespectful shots at Wu-Tang Clan following the release of Once Upon A Time In Shaolin, Martin Shkreli really wasn’t about that life, according to New York Daily News.

Apparently, the millionaire Pharma Bro thinks he was saved from a possible gang war with the legendary Hip Hop collective after his 2015 FBI arrest for securities fraud, according to author Cyrus Bozorgmehr. Bozorgmehr recently penned a new book called Once Upon A Time In Shaolin, which dives into the entire controversy.

“There had to be retaliation for this … maybe even bullets from a Staten Island crew who wouldn’t let the Clan get dissed by this fuck,” claimed Bozorgmehr, who was allegedly a final decision maker and representative for Mr. S, the man who funded Once Upon A Time In Shaolin.

“Wu-Tang Clan Ain’t Nuthing ta Fuck Wit,” Bozorgmehr said. “And there’s an awful lot of gangsta motherfuckers who’d be delighted to step to Martin first — no matter what anyone said. Man’s going down.”

Shkreli’s interview with HipHopDX’s former Editor-In-Chief Justin Hunte, which was mentioned in the Daily News article, evidently didn’t help either and dug a deeper hole for Shkreli.

Rapper Cilvaringz, a close associate to the project, even called Shkreli days after his arrest and subsequent bail to warn him of a real danger.

Since then, Shkreli has gone to leak a few tracks from Once Upon A Time In Shaolin alongside teasing tracks from Lil Wayne’s still unreleased Tha Carter V.