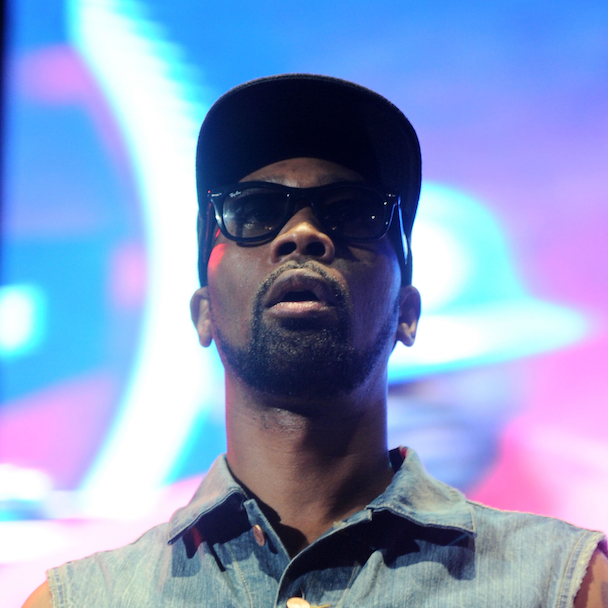 Expectations vs. Reality: The Million Dollar Wu-Tang Album & The Jerk Who Bought It

The guy who bought the million-dollar Wu-Tang album as reported by Devin Leonard and Annmarie Hordern for Bloomberg at 2 million dollars (or thereabouts) is a jerk. He’s also one of the most hated men on the web. Earlier in the year, he raised the price of a particularly effective HIV medication called Daraprim (an antiparasitic) from 13.50 a pill to 750 dollars a pill because he owned a company called Turing Pharmaceuticals and because he could. In a statement, after the outrage, he replied this way, “What’s escaped the conversation is, hey, how about the fact that this is actually what I’ve been hired to do. It’s like someone criticizing a basketball player for scoring too many points.” No, it isn’t. It’s not like that at all. It’s more like being criticized because you’re scoring 23ppg on 100 shots. That’s a pretty good reason to be outraged. Even Hillary Clinton took a stab at him saying, “Price gouging like this in the specialty drug market is outrageous.” Yo, even Donald Trump took shots at him, calling him a spoiled brat, which is the irony of ironies because who’s more spoiled than the Donald?

So when it emerged that he of all people was the one to purchase the vaunted album in the ornate box we thought, “Yo, what the fuck?” Of course, though! Right? He’s rich. He’s brilliant. And he’s part of an entitled cultural cache that sees the world as a giant checker board for those like themselves. Not to mention that he partially built his empire by raising the price of medications, which I imagine is like making your fortune off the coats of a 101 Dalmatians. Just call him the biotech game’s Cruella Deville. He seems like a boogie man of a person. The kind of stone cold philistine that buys the world’s most anticipated Wu-Tang album for shits and giggles and then calls out to other artists to make albums just for him. But, also, so what? He can do what he wants, right? He’s rich. Who gon’ check him? That’s kind of the problem with what went down.

RZA and Cilvaringz must have calculated for this possibility. That the album would fall into the quote-unquote wrong hands and then what? A hilarious clause in which at any time in the 88 year blackout period a Wu-Tang member or Bill Murray can steal it back? That this kind of caper is something that I would pay to see is beside the point. Here’s to waiting for a Ghostface Killah video of the same magnitude that threatened the life of my favorite rapper/chef Action Bronson. But, no. Seriously. This was a possibility because RZA et al. are tired of not selling albums.  They brought in Paddle8 to handle the auction. Or, just… here. Read this: “As for the Wu-Tang fans who are likely to feel queasy when they learn that he’s the owner of Once Upon a Time in Shaolin, Shkreli just shrugs. “At the end of the day,” he says, “they didn’t buy the last album or the one before that, and all they had to pay was $10.”

So they were tired of having their music split into infinitives and then doled out to the crazed buying public. So why not create a new market? Why not have an album in which you can do anything and get anyone (even Cher! Yeah, that Cher. Cher Cher). Because you’re Wu-Tang and that’s what you’re worth. So you put your trust in capitalism and the mojo of capital. You want this to be appreciated for the piece of art that it is. That means it must be insanely exclusive. No one must know anything about it. Only the elite can even think of purchasing it. But, sometimes, when you create interest you also create a spectacle. Sometimes, when you make a fire big enough, it gets spotted by more than just people who truly appreciate Wu-Tang. But you chose art, and that was the first mistake.

There’s a thin line between public consumption and art. That’s why Hip Hop artists make that sing-song stuff that sounds like it’s for grown-up babies. Ja Rule and his arch nemesis 50 Cent made the same kind of music at one point. LL Cool J dipped his toe into the sing along in the 2000s and found it was quicksand. So many rap artists have sought cultural saturation through R&B that it’s cliche. It’s so much of what you do when you want to get your records sold.

Now, this doesn’t mean Hip Hop isn’t based on R&B. The “golden era” was based on soul and jazz samples flipped into ghostly apparitions, doomed melodies and zoned out synths. Boom-bap is what they called it, as the normally 4×4 drum repetition scuttled over layers and layers of sound to create something brand new. RZA is one of the masters of the genre. A spiritualist with an almost psychic connection to music. When he was the dictator of the Wu-Tang collective they made some of the best music of their lives. A person that believes in the golden ratio of sounds and the appeal of analog over digital. But to let this sort of one-of-a-kind fixture go to someone like Martin Shkreli illustrates an equation as old as time: douchebags will always buy one of a kind albums for a million dollars or for two.

The greatest asset of the music album, the thing that separates it from winner take all carnivals like auctions for sought after paintings or sculptures or architecture or even fashion is the fact that it exists out in the world in bulk. You, too, can have whomever’s classic album for $12.99. You, too, can listen to it forever, ad-nauseum because it feels good to you and you can turn it off when you no longer need it. Because when you raise the price of an object far beyond its normal threshold that’s when the people who view the value of things differently come around to sniff it out. By placing the album at the top of the heap in that way you actually lower its value immensely. It’s now a sterling set piece for someone who, arguably, views the Wu-Tang the way I view Subway. Well, when I can afford it. As something whose value is uniquely tied to him.

So this album selling to Martin Shkreli was the point all along. In this world, no one else could have possibly bought the album, because a one million dollar album by one of the most legendary groups in the world can only be bought in this way after all this commotion by an extremely wealthy person who simply wants to keep a legendary album for him and his homies to listen to. As something that could, possibly, get him laid.