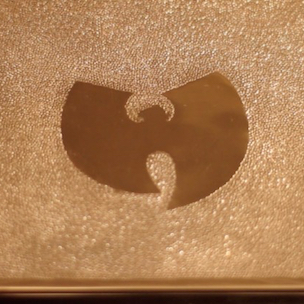 Last year, Wu-Tang Clan shook the music industry with the announcement of creating one copy of their upcoming album Once Upon a Time in Shaolin, and then auctioning it off to the highest bidder. When the news broke, RZA gave fans more details: that he would be producing it with the Wu-Tang’s extended family Tarik “Cilvaringz” Azzougarh, that the thing was hiding somewhere in plain sight in Morocco, and that even he didn’t have access to the masters. Upon completion, the plan was to take Once Upon a Time in Shaolin on a tour of museums, galleries and festivals around the world. Just like a must-see exhibition, the idea was to push forward the idea that music – especially Hip Hop music — holds the same prestige as other works of art.

Since then, the direction of Once Upon a Time in Shaolin has changed its course. Wu-Tang opted to not share the album on a world tour. Instead, they partnered with auction house Paddle8 to sell their masterpiece. According to Cilvaringz, all digital copies and physical backups of the 31-track album have been destroyed, increasing its worth to millions. RZA has already fielded offers in the $2 million to $5 million range.

Last night (Mar. 2) at MoMA PS1 in Queens, Paddle8 and Wu-Tang held an event to preview the never-before-heard album to the public. With heavy security at the doors, electronic devices and video recorders were removed upon entering. Inside a white dome surrounded by fresh snow, we were seated in rows to prepare us for the immersive experience of the Wu’s sonic sculpture. The small group of influential critics, art collectors and fans (Power 105 gave away 18 tickets just before), RZA and Cilvaringz gave a brief background on its creation before getting into what we’ve all been waiting for. While meticulously jotting down notes during the listening and its proceeding Q&A with Genius’ executive editor Sasha Frere-Jones, here are eight things we learned from Wu-Tang’s Once Upon a Time in Shaolin.

Cilvaringz began his relationship with RZA when he saw a Wu-Tang Clan show while they were on tour in Europe in 1997. Cilvaringz described a particular moment when Ol’ Dirty Bastard noticed he was passionately rapping the lyrics of “Bring the Ruckus” and pulled him up on the stage. Cilvaringz wasn’t producing back then; he was actually aspiring to become a rapper. He wanted to give RZA his demo on stage, but a fight broke out and he missed his opportunity. About two years later, Cilvaringz kept trying to arrange a meeting with RZA in New York, only to find out he was too busy. But one day RZA’s mother saw Cilvaringz hanging around the office. She liked his personality, told her son to make time to meet him, and their musical partnership took off.

By 2004, Cilvaringz was RZA’s producer and student. During a trip to Egypt to see the Pyramids of Giza, the two were taken in the sights, and that inspired them to create a piece of art where its exclusivity was the main attraction. In RZA’s words, he wanted to change the perspective of art and music, blending them into one. “Things have value when they’re rare,” he said, adding later on that you buy a painting or sculpture without the intention of replicating it.

This wasn’t your typical listening session where free cocktails and hors d’oeuvres were served. RZA and Cilvaringz stressed that this was “the first/last only public listening.” Naturally, everyone’s anticipation grew.

The lights were completely turned off so the audience could consume its layers without any distractions on a loud speaker system. Of the 13 minutes, a diehard Wu-Tang fan would immediately recognize that none of Once Upon a Time in Shaolin is a retread of the moody soundscapes of A Better Tomorrow. The album starts with a rainy interlude featuring Raekwon “keeping it 2000 with y’all.” He delivers that real, nonsensical shit talking and a perfect lead in to a track where Ghostface Killah is the highlight. This was the same track that Forbes revealed 51 seconds back in 2014. Filled with loud sirens and gunshots, the fuller version is vintage Ghost at his best.

Once Upon a Time in Shaolin feels like a classic Wu-Tang album. There were more interludes from RZA and Ghostface (lost interviews explaining the concept of the LP) similar to the musical breaks in Enter The Wu-Tang: 36 Chambers. In the production, RZA and Cilvaringz go back to the basics: dusty grooves and gritty, soul sample-based style with lots of instruments. One song borrowed lines from Edwin Starr’s “War” (“Induction then destruction. Who wants to die?”) Other spliced their favorite scenes from kung-fu movies to showcase their warrior-like emceeing. Each member sounded sharp, almost like RZA told them to rap like their lives depended on it.

The LP aims to capture the era of when the Staten Island crew was on the rise in the 1990s. Their affiliates such as Sunz of Man and Killarmy also got their chance to shine. The last song played had Redman, Method Man and Inspectah Deck bodying their head-nodding verses over guitar-driven production. It was further proof that the Wu were the sounds of the culture.

While RZA didn’t reveal too many of the special guests, the iconic singer was confirmed last year when Forbes editor Zach O’ Malley Greenburg broke the news. She is credited as a singer and an actor in one of the interludes.

It Took Six Years To Complete

RZA first announced the idea of Once Upon a Time in Shaolin on March 26, 2014. However, RZA and Cilvaringz have been working on the title quietly for six years in Marrakech, Morocco. Cilvaringz says it was “a complete unorthodox approach—song titles were all hidden.” Officially, they finished two years ago, but not without RZA’s approval. Cilvaringz’s recalls working on some snares for three months. He also sent a lot of the tracks to RZA, in which he would tweak or change everything “from the hi-hats to the smallest things.” Similar to perfectionist methods of Quincy Jones and Dr. Dre, they wanted to be completely satisfied with their vision.

When RZA and Cilvaringz were developing the idea of a final album, they didn’t tell the Wu-Tang members at first. Studio sessions were meant to purely capture moments from the Wu’s lives, so they felt revealing the concept would jeopardize their mission. Three years ago, the pair broke it down to the members, and each felt it was a unique idea. With their approval, 80 percent of the album was re-recorded so the listener can fully understand the era of the chambers.

The Box Was Handcrafted By British-Moroccan Artist Yahya

The silver and nickel container that was physically on display was created by Yahya over the course of three months. The album will be accompanied by a 174-page manuscript containing lyrics, credits, and anecdotes on the production of each song, printed on gilded Fedrigoni Marina parchment and encased in a leather-bound book. A nice perk is the red, candle wax seal that was specially designed for the box set. RZA’s goals were to bring different worlds of art into one.

New extensive copyright details emerged just before Once Upon a Time in Shaolin went for auction last night. The condition was whoever purchases the one-of-kind album cannot release it commercially for 88 years. In 2103, the album’s public and commercial rights transfer to the buyer, where they can decide whether to sell or release the LP. During the 88-year time period, the buyer does have the option to release the music for free. RZA hoped that the buyer realizes he or she was purchasing an original work of art and wouldn’t reproduce it.

The Album Provides Closure For Fans

Despite the Wu-Tang’s tensions in the past, RZA said this was their most cohesive project with all eight members involved. Everyone was in their truest form, which hasn’t happened since their highly praised 36 Chambers. RZA also wanted Once Upon a Time in Shaolin to help reintroduce the idea of music as a work of art, and to consider that it holds a lot of value. Overall, he wanted to inspire a new generation of artists that what they produce in this world is special.