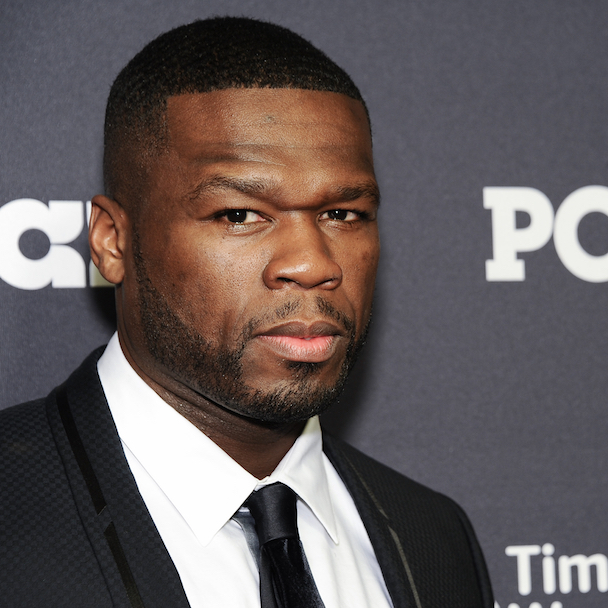 50 Cent’s career feels carved out of a manic Alan Moore masterpiece. He’s gone rags-to-riches, and now, seemingly, to slightly fewer riches in just over a decade. He’s one of Hip Hop’s most beloved emcees. A notoriously heavy handed Tony Montana with a comedians flare. He seems equal parts cold-stone strategist and equal parts wily businessman, clever rap rationalist and politician. It was this quadruple-turn that took people by surprise on his classic, post-shooting debut Get Rich Or Die Tryin’ and Fif to new heights. He was always funny (“How To Rob” still might be one of the funniest rap songs in creation) but now there was an even darker backdrop to his humor. And what makes you funnier than gut wrenching pain? Had he been killed that afternoon, littered with bullets, people would’ve poured out 40’s to his potential, another black kid that didn’t beat the odds. A typical end for another uncelebrated hustler, sure, but the universe had more in the chamber for Curtis Jackson.

In an interview with The Big Issue done by Jane Graham, 50 writes a letter to a younger version of himself. Oh, if the wisdom we all earned through experience could be transposed so directly to our formers, but life is not so kind. And, for King Curtis, life has not only been unkind (his mother dead at 23, set up when someone put something in her drink and left the gas on), but filled with the kind of dualism that permeates the black experience. At home, he’s his grandmother’s baby, a woman whom he said would look at him and pause for a second. He’d say, “I think she see’s my mother’s face on top of mine.” That love, the nourishment that allowed his drug dealing, which he started at 12 awash in the street life of Jamaica, Queens, would cloak him despite the activities he’d engage in outside his grandmother’s purview. A street life seemingly passed down from mother to son. But what else was there?  As he would recount, “my mother wanted to give me what I needed, so she couldn’t rely on welfare.” And isn’t that the most American thing? But, for some, they are shadow people reflected in a world where their existence is merely tolerated if not mostly unseen. 50 Cent used to be one of those people, and then, suddenly, he was thrust into the spotlight. What followed was a seemingly heartbreaking paranoia and rage that would catapult him for the rest of his life.

In a seemingly prophetic review of the rest of the Hip Hop decade via Get Rich Or Die Tryin’,  Sam Chennault for Pitchfork would begin things this way, “Whether the motivations stem from a Derrideian desire to transform our monsters into pets, a post-feminist need to latch onto a lost sense of dominant masculinity, the streets’ unquenchable thirst for heroes, or simply a quest for a compelling urban narrative, hip-hop’s obsession with the gangsta has dominated the genre for more than a decade.” The Egyptian book of the dead for the rising hipster sub class would go on to give the album a 7.0. What seemed like a merciful score from them, but this is what made 50 Cent so transcendent. He arrived at the end of Hip Hop’s gangsta era. He is, by all means, the last in the line of New York street urchins turned Mogul’s. A bridge for the end of one age (that of the gangster) and the beginning of another (the age of Kanye West). And he describes the feeling that he would never feel again after he got the sales numbers for GRODT, “If I could go back to anytime, I’d go back to when the sales figure for the first week of Get Rich or Die Tryin’ came out. I went to sit at the back of the tour bus and just thought, wow. I couldn’t believe it. When I got those sales I knew that from now on I didn’t have to wait for someone else to say it was okay, I could say it was okay myself. But I also knew that feeling, that confirmation, that finally you have the momentum – you only feel it once. I knew I would never have that feeling again. ‘Cause everything was about to change.”

It did change, and in another act of prophecy he was right, he’d never feel that feeling again. You can say whatever you want about the downturn of his sales after each album. You could say not feeling that feeling ever again hampered his efforts after his debut. You can talk about his recent legal and financial troubles. Or how the money and the fame changed his relationships in unforeseen ways. But 50 Cent is, for the most part, self-made. And he did it, at the beginning of the hyper-personal era, by leaving his personal feelings off the table. He’d say, “He was writing all this personal stuff,” about Eminem. Then, “I was never anything like that. I came into music with songwriting intentions ‘cause that’s where the money was.” He’d go on to mention the girl that he could have spent his life with. Is there a  greater tragedy? A world unlived based on simply not realizing? And he’d speak about Jay Z, his spiritual counterpart, despite what may or may not be true about Jigga’s drug dealing past. But what may matter most is that 50 continues to punch, continues to swing for the fences, despite doing so with a broken heart.

In speaking about his grandmother’s death, he claims he’s never told anyone this story, “My aunt told me the doctor said she’d had a stroke and there was nothing they could do. They took me to her and she was the smallest I ever saw her. I said ‘Hello?’ I saw her eyes jump when she heard my voice, like she was trying to see where I was at. Everyone else left and I talked to her for a little bit. Then they all came back in and her heart rate started to drop. My aunt said, shit, she was waiting for you. I’ve seen a lot of people pass in the neighbourhood, I’ve lost them to motorcycles or altercations or drugs. But none of them impacted like when my grandmother died. She was the love of my life.” So 50 Cent as the gangster isn’t this one sided caricature of what it means to come from circumstances beyond your control. Nor is it simple theatre, although it can be. It would seem it’s about somebody who takes his life more seriously than those around him, and, maybe, holds a tragedy within him that can resurrect him at any time.