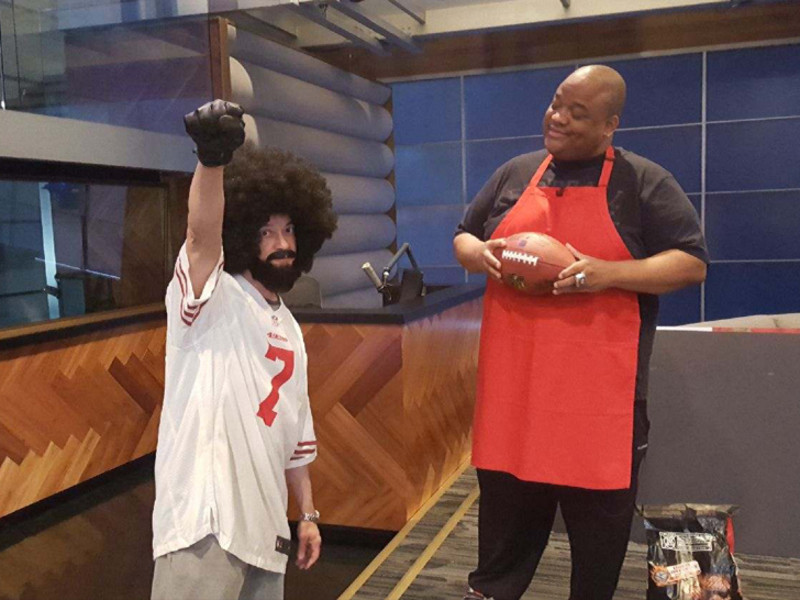 Christopher “Kid” Reid has finally responded to the controversy sparked by his portrayal of former San Francisco 49ers quarterback Colin Kaepernick. In a post on a Facebook, the Kid ‘n Play member addressed his involvement in an unaired skit with Fox Sports 1’s Jason Whitlock, an outspoken critic of Kaepernick.

“Let me address the elephant in the room (and no, I don’t mean Whitlock),” he wrote. “Look, I get it-taking a pic with Jason Whitlock is like taking a pic with Samuel L. Jackson in ‘Django’-most people might be perplexed by this act and others will get litty on you and call you a ‘coon’, ‘sellout’ or even worse. These are the pitfalls of a public life. I accept them.”

Reid said he had no intention of disrespecting Kaepernick, who has been unable to land a job in the NFL following his 2016 protest of the national anthem.

“Let me be clear-the skit and photo were not meant to disrespect Colin’s message or political stance,” he continued. “Rather, we wanted to spoof the media’s treatment of him and the circus that has been created. I understand that Whitlock has been a vocal critic of Colin so the optics of the photo have got me looking crazy. But anyone who knows me knows where I stand on Colin Kaepernick-exactly where he stands. Being born and raised in NYC I grew up seeing and reading about dozens of acts of police brutality. And the same way we know the names of Tamir Rice, Philando Castile and Michael Brown today, I grew up knowing the same fate had come to Eleanor Bumpurs, Amadou Diallo, and Abner Louima. Sadly, little has changed.”

Kid capped off his explanation by noting that he’s built friendships with polarizing people, but he now realizes the “danger of optics without proper explanation.”

“Over the years I have collected my share of controversial friends,” he wrote. “People like Bill Maher, Charlemagne tha God, and a whole host of rappers and actors come quickly to mind. But that doesn’t mean we share the same opinion on all topics. As friends, we have vigorous discussions on sensitive issues and many times we agree to disagree. Moving forward, I recognize the danger of optics without proper explanation-people race to their own conclusions, good and bad. I also have to accept my part in this controversy-the fact that my rep was taking hits was shocking at first-but I’ve come to a healthy understanding of how some people were dismayed by what went down.”