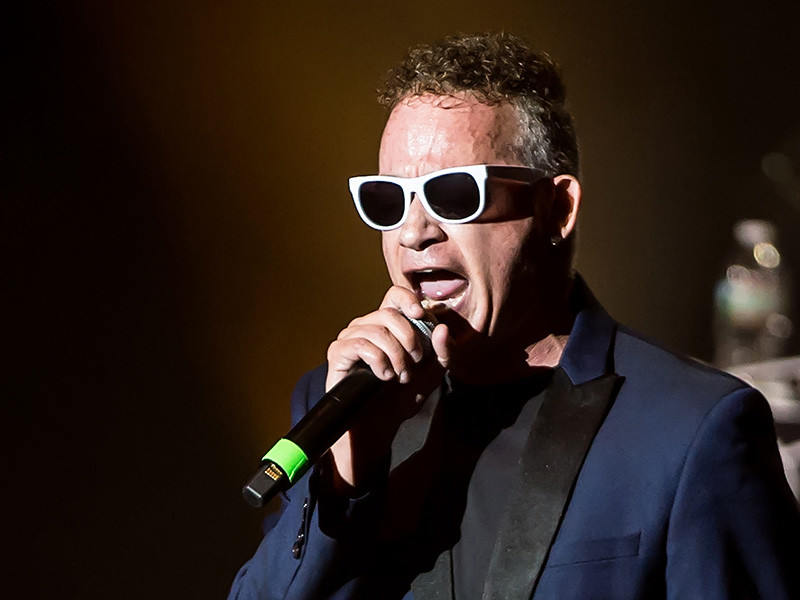 During the late ’80s and ’90s, rappers becoming Hollywood and primetime TV actors were anomalies. Radio-friendly rappers Kid n’ Play made the leap from recording artists to film actors by debuting in their House Party movie franchise that began in 1990, while Will Smith made his major acting debut in Fresh Prince of Bel Air on NBC that same year.

Kid will forever be linked to his persona from Kid ‘n Play. But Kid now goes by his given name Chris Reid, and spoke in an exclusive interview with HipHopDX about why the duo and Smith never appeared onscreen together, and about Reid’s successful voiceover career.

Hip Hop’s most famous hi-top fade-bearer gave a compelling answer about a career mistake when he and his rhyme partner Play opted to go for caricatures of themselves instead of primetime TV stardom, and fatefully helped widen Smith’s acting career path.

“What went down at the time was that we got the cartoon series first with NBC — first rappers to ever have a cartoon,” he explained. “We also had a sitcom deal with NBC at the same time, and we were developing that. This was before [The Fresh Prince of Bel Air] was on the air. So we were heading down that road, developing it with producers, about to hire people, this, that and the third, and then NBC came at us and said, ‘We still want to do the sitcom,’ and they also said, ‘but we want to cancel the cartoon series.’ It was this new thing they were doing by going into live action, like Saved By The Bell and stuff like that. They were phasing out cartoons, period. Well, we were so disappointed by that because we’re OGs, we came up on cartoons. So for us becoming cartoons was a big deal. And we were really upset that they were talking about canceling the cartoon. So we told them, and this is probably one of the dumber things we ever did, ‘We don’t want to do no night show with you. We don’t want to do no sitcom. If you cancel that cartoon, then you cancel us, we’ll go elsewhere.’ (laughs) So that slot for that show ended being the same slot for The Fresh Prince of Bel Air. That’s how that goes. They moved on, and they put Will in that spot. We made a mistake and took it too personal.”

Over the last decade, Reid has been laying down his vocals in the booth without rhyming or singing the “Oh-la-ay!” party rap jingles of days past. He gave a brief timeline of his entrance to doing voiceover work.

“In 2004, I woke up one day and decided that I wanted to get into the voiceover business. I had been studying it for awhile, and I always like to add new stuff to the resume,” Reid said. “[We were rappers], then we became actors. Then in 2000, good friends of mine Bill Maher and Tommy Davidson suggested that I start doing stand-up [comedy]. So I’ve been doing stand-up now for the past 16, 17 years. But then in 2004, I was like ‘I respect people in the voiceover game, but I believe this is what I can do.’ So I went online and found what I thought was a decent looking voiceover agency. So I hit them up in an email and told them who I am. I said, ‘I want to discuss with you how to get into the voiceover game.’ I was doing morning radio at the time in L.A., so I told them to let me know what you think about me on the air.”

A Los Angeles commercial voiceover talent agent set up a meeting with Reid. “The agent who I contacted called me back and is still my agent to this day. Peter Varano said ‘Hey man, let’s have a meeting and talk.’” Reid continued, “So I went in and spoke to him about what my goals were voiceover-wise, and they signed me up. Then I just started learning about it, doing different voices, auditioning for lost of different thing. I’ve done video games, TV and radio commercials, lots of different stuff. So Undrafted came out of a regular audition.”

Jon Weinbach, one of the producers of Undrafted — a show about NFL prospects attempting to impress scouts to possibly become selected in the NFL draft — helped Reid appear in the ESPN 30 For 30 documentary Straight Outta L.A.  about the Los Angeles Raiders.

Reid explained how he got the call from Weinbach to become the narrator for the Emmy-nominated NFL Network show Undrafted.

“Jon said, ‘First season, there wasn’t a lot of money for a lot of stuff including the narration, but I believe in this show and we can do a lot of great things.’ I said, ‘Yeah let’s do it.’ And now we’re three seasons in, and the NFL Network has been great stepping up to promote it as a great show. It shows the NFL in a positive light. It inspires and encourages people. I’m proud to be a part of it, because I think that if I wasn’t the voice of it, I could actually watch it.”

The transition between a former Saturday morning cartoon dancing rapper and the gridiron grit of Undrafted may seem uncharacteristic for Reid, but he understands the connection between the two adjoined in the spirit of Hip Hop.

“The music and Hip Hop culture, the slang, the clothes and everything, it shocked the world. That’s kind of the mentality that made me attracted to do Undrafted,” Reid explained. “Because we came from that world of Hip Hop where people were asking us, ‘What are y’all doing that Hip Hop for? You can’t do this, you can’t do that. Go get a real job.’ Just not encouraging and not having vision. But that’s what these young men on Undrafted have to go through. They’ve heard their whole sports careers that they’re too small, too dumb, you won’t make it, find another dream and things like that. But these young men refuse to be deterred. They’re not going out like that.”

Reid acknowledged the odds are tremendously stacked against them to achieve an NFL contract: “They might not make it, and the odds are against them, which is very discouraging, but so what? They need to know that even if [I don’t make it], then I’ve everything within my power, with all that I’ve sacrificed, that my family and friends and loved ones made sacrifices for me, that it’s not because we didn’t do everything within our power to get there. Some of the great monologues that is written for me, I know what [these guys] are are going through. I root for all of them because I know what it’s like when the masses don’t believe in you. You only have your crew to believe you, and that’s all you need.”

The Season 3 finale of Undrafted airs Tuesday night at 8 p.m. ET on the NFL Network.