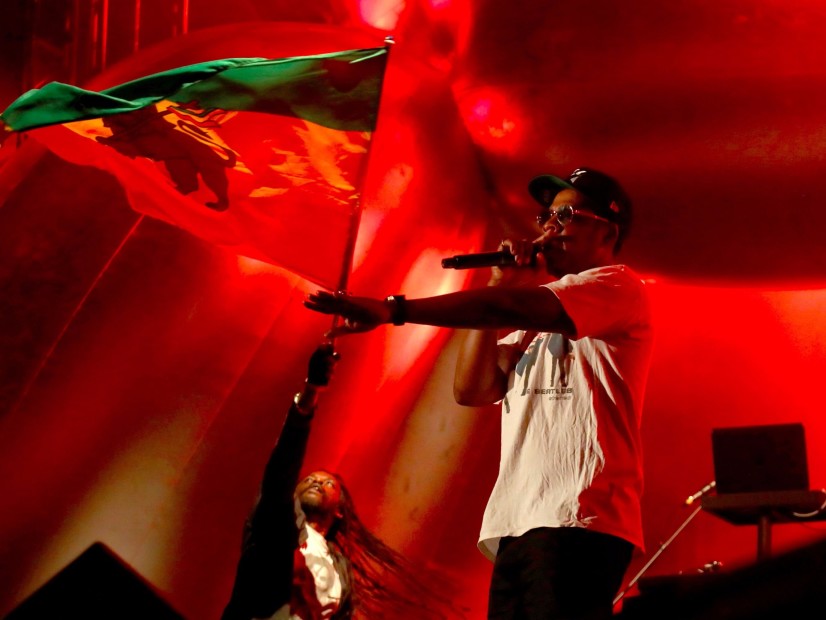 JAY-Z headlined the first of two nights at the Meadows Music & Arts Festival in Queens, New York on Friday (September 15). As he ran through his performance of vintage Hov and new tracks from 4:44, he paused for a moment before kicking off “The Story of O.J.” to pay tribute to both Colin Kaepernick and the late comedian/activist Dick Gregory.

During his 90-minute set, the Hip Hop titan also brought out reggae icon Damian Marley, who performed their collaborative 4:44 cut, “Bam.” He also dove into his extensive catalog for songs like “Niggas in Paris,” (minus Kanye West) “Big Pimpin” and “Empire State of Mind.”

Shortly after the June 30 release of 4:44, Hov dropped a video for “The Story of O.J.” and shared the video footnotes for the song, which explained the concept.

“We tend as black people — because we never had anything, which is understandable — we get to a place and we just think we separate ourselves from the culture,” JAY said in the video. “Like where O.J. will get to a space where he’s like, ‘I’m not black, I’m O.J.’ Like Tiger Woods will get to a space and think, ‘I’m above the culture.’ That same person when he’s playing golf and playing great, you’re protected, but when you’re not, they’re gonna put pictures of you drunk driving and embarrass you, and the world will eat you up and spit you out.”

Check out footage of his Meadows Music & Arts Festival performance above.