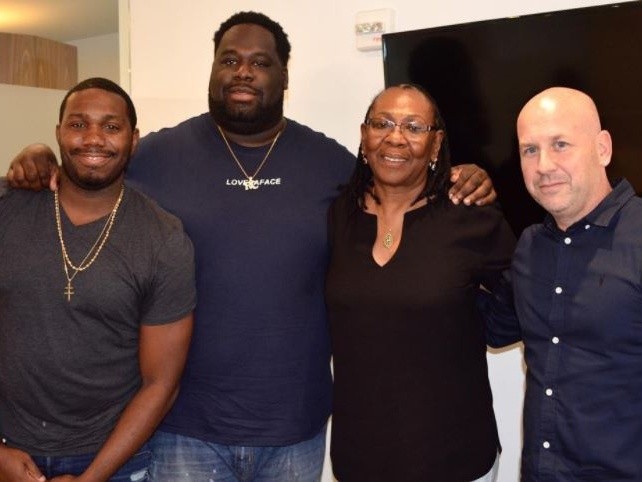 JAY-Z’s mother, Gloria Carter, stopped by the D’USSE Friday podcast on Tuesday (September 5) to discuss a medley of topics, including her work with the Shawn Carter Foundation, raising her family in Brooklyn’s Marcy Projects and her son’s critically acclaimed album, 4:44.

In regards to Hov’s most recent project, Carter explained the album is “amazing” because of her son’s personal growth. She also addressed the ups and downs of the celebrity that comes with being associated with JAY.

“I think that that’s an amazing album because it shows my son’s growth,” Carter said. “The thing about being attached to my son is that from the door, he says, ‘Ma, it’s a gift and a curse’ because it doesn’t matter what you do or who you are. Celebrity or not. You’re always gonna have haters in the world. Good or bad or indifferent.”

Carter also discussed one of 4:44‘s standout tracks, “Smile.” On the highly personal song, JAY raps about his mother being a lesbian, a fact she was initially hesitant to share with the world, but one she ultimately warmed up to.

“I was never ashamed of me … I’m tired of all the mystery,” she said. “I’m gonna give it to ’em. I don’t have to worry about nobody wondering whether I’m in the life or not. I’m gonna tell ’em. So now that I told you, what do you have to talk about? So now maybe you can focus on the phenomenal things I do. So focus on that.”

Carter also discussed JAY’s humble beginnings and recalled when he came in second place at the Apollo because of a fickle audience. Despite early challenges, she says she never told him to give up his music dreams.