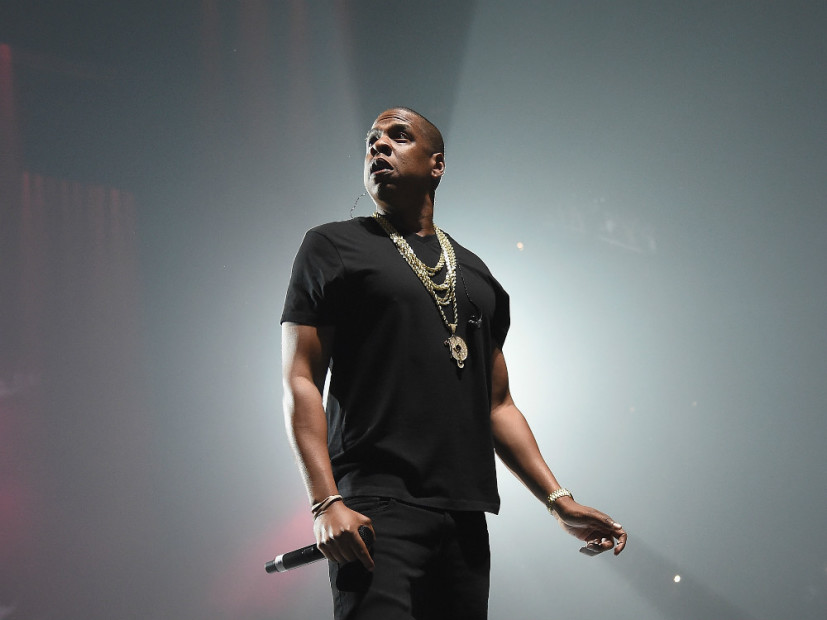 JAY-Z’s two-part interview with the Rap Radar podcast is now available on YouTube. Initially a TIDAL exclusive, the over two-hour conversation — spearheaded by Elliott Wilson and B. Dot — dove into highly personal topics, including his mother’s sexuality, marriage to Beyoncé and what it’s like being a father.

(The original version of this article was published on August 26, 2017 and can be found below.)

The inimitable JAY-Z sat down with Elliott Wilson and B. Dot of the Rap Radar Podcast earlier this month for an extensive interview, which they broke into two parts. The second half of the interview has arrived and finds Hov opening up more about his family, specifically his mother Gloria Carter.

The Hip Hop mogul confessed he didn’t exactly have her blessing for the song “Smile,” the 4:44 track that divulges she’s a lesbian.

“We just had a beautiful conversation and it led to me making the song, and I didn’t have permission to make the song,” JAY admitted. “When she first heard the song, she was like, ‘Absolutely not,’ and I was like, ‘Man, this is so important.’ So many people in the world hiding and things like this and this will help you … That’s how we spoke about that song. I was just so happy at the person she become … It’s one of my proudest songs.”

JAY also discussed how much he admires his mother, who he equates to the late poet and civil rights activist Maya Angelou.

“It’s a beautiful story,” he said. “I was just so proud. I’ve always had love for my mother. I always looked up to her. Man, she’s so fucking dope. My mom has been dope her whole life. She’s just a dope person. Listen to her, she sounds like Maya Angelou. Her pacing, her voice is just so regal. She’s a speaker. Our relationship developed to another level as I started getting to know myself.”

Elsewhere in the interview, JAY was asked about his induction into the Songwriters Hall of Fame on June 15. Although he couldn’t be there (his wife Beyoncé had recently given birth to their twins), he wrote a speech about his admiration for the newer generation of rappers, including Tee Grizzley, and the respect he has for the pioneers that came before him.

“I believe him,” he said about Tee. “I hear his music and I’m like, ‘Man I believe his story,’ and I think that’s an element of creating that people don’t realize how difficult that is. You put words together, that’s fine — there’s a million trillion words out there. You can make up any story, but when someone resonates with you that’s hard to do.

Many might not realize what a monumental moment his induction into the Songwriters Hall of Fame truly was — he was the first MC to ever have that honor. JAY used his moment in the spotlight to educate the younger Hip Hop fans.

While the interview is another TIDAL exclusive, check out the small clip above and head to TIDAL to watch it in its entirety.