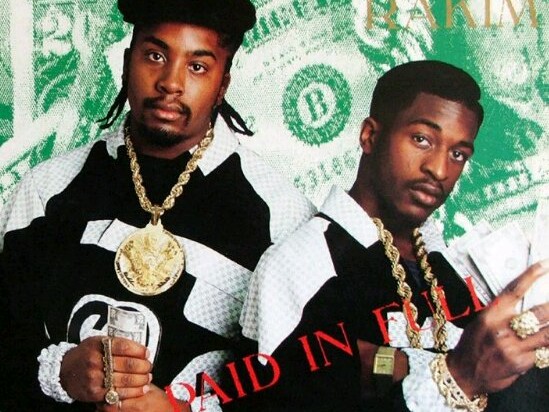 Eric B. & Rakim Reuniting For Real This Time

New York, NY – Few artists are important enough to change the game simply by returning to it, but Eric B. & Rakim might just fit that bill.

The legendary Hip Hop duo joined Hot 97’s Ebro In The Morning on Thursday (June 22) to announce that they would be reuniting for a very special show to celebrate the 30th anniversary of their Paid In Full album.

A special occasion calls for a very special venue, and Eric B. & Rakim will be performing their iconic album at the Apollo Theater in New York on July 7.

And it’s not just Eric B. & Rakim who’ll be on stage. Answering host Laura Stylez’s question about surprises for the night, Eric B. said “We got so many people, we might not even get any records off. We tryna bring the world in with us.”

The one-night-only celebration will mark the pair’s first performance together in over 20 years, since they toured in support of their 1992 record Don’t Sweat The Technique.

Watch Eric B. & Rakim make the big announcement in the video below:

The pair’s (occasionally errant) Twitter account had sounded out a return to the game last October, and even asked fans what city they should choose for kicking off their “tour.”

The anniversary show isn’t being billed as part of a broader tour, in fact it’s being promoted as “one night only,” but hey, it’s a start. Hopefully of something even bigger.