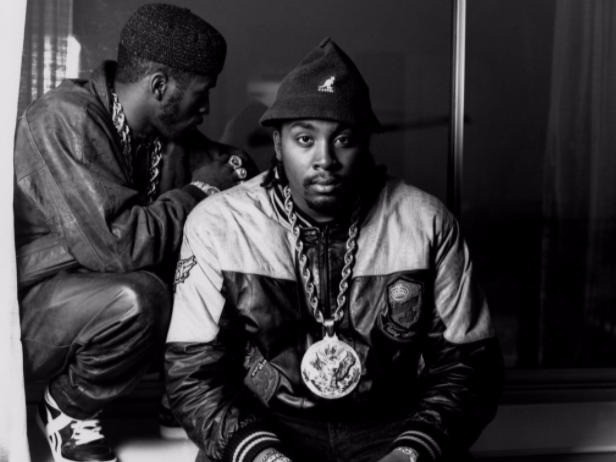 Will The Real Eric B. Please Stand Up?

Eric B. and Rakim’s joint Twitter account has caught people’s attention again and not exactly in a positive way. In a series of suspicious tweets, the legendary Long Island Hip Hop duo appeared to attack R&B singer Eric Bellinger, calling his recent project, Eric B. For President: Term 2, “unacceptable” and “disgraceful.” Anyone familiar with their Hip Hip history would know Eric B. and Rakim’s debut single, “Eric B For President,” was released in 1987 on the iconic rap album, Paid in Full.

“Where do @EricBellinger get off calling himself Eric B & his record Eric B for President? Nothing sacred anymore? Unacceptable Disgraceful,” a tweet posted May 7 read.

Where do @EricBellinger get off calling himself Eric B & his record Eric B for President? Nothing sacred anymore? Unacceptable Disgraceful

This clown @EricBellinger still tryna fool listeners into thinking his music is @EricB so they download it.

Eric B. took to his own personal account Thursday afternoon (May 18) and quickly shot down his involvement in the matter, begging the question — who exactly is behind the Eric B. and Rakim account?

“I don’t care @ all please stay off my timeline with this mess I’m good I’m doing me,” Eric wrote. “Salaam.”

I don't care @ all please stay off my timeline with this mess I'm good I'm doing me. Salaam

Bellinger, who is likely busy promoting the new album in question, responded to the alleged attack and assured people he was simply paying tribute to two of the most influential MCs of all time.

“Eric B for President has been a title that has stuck with me my whole life,” he wrote late Wednesday night (May 17). “lol Eric B & Rakim were 2 of rap music’s most coveted pioneers. They opened doors for generations of artists to prosper in this industry. This is my way of saying thank you and providing physical proof that they made a difference.”

I tried to give my guys some love…

While the sentiments were likely appreciated, he may be responding to the wrong person. For all we know, hackers could be behind Eric B. and Rakim’s account. In November 2016, when the presidential election was getting underway, the account was under fire once again when the duo seemed to offer their support to then-candidate Donald Trump. The since-deleted tweet read: The Hood For Trump Pence … Make America Great Again!”

A month before that (October 2016), the Eric B. and Rakim account had sparked rumors that the beloved duo was reuniting for a long awaited tour. Compounding the issue even further, a rep for Eric B. told HipHopDX the reunion was still on, despite other outlets debunking the announcement and claiming Rakim’s rep shot down the possibility.

With this latest development, things got even more complicated when people seemed to confuse Eric Bellinger for Halle Barry’s ex-husband Eric Benet who is also a recording artist.

@Tone_Chaser ??‍♀️ Thru you all tweeting them, the confusion started from a wrong tag & yall (fans) said the person meant Bellinger and they meant Benet

So, will the real Eric. B please stand up?