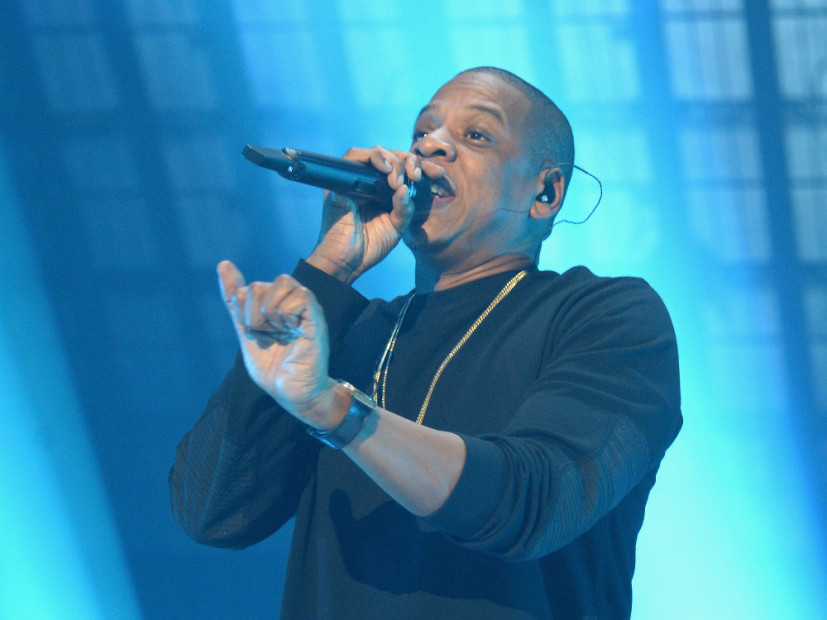 New York, NY – Jay Z is the first rapper to be named as an inductee for the Songwriters Hall of Fame and he celebrated the accomplishment on Twitter today (February 22), saying he knows he’s representing the entire Hip Hop community.

By the way, this is a win for US. I remember when rap was said to be a fad . We are now alongside some of the greatest writers in history.

Legendary songwriter and producer Nile Rodgers announced the inductees this morning on CBS This Morning after it was revealed Hov was nominated for the honor back in October.

Jay Z is being acknowledged for his extensive career — artists are eligible after they have been songwriting for 20 years — and pushing the boundary of what is considered “classical music.” Rodgers explained why it took so long for a rapper to be recognized by the Hall, which was established in 1969.

“Jay Z is in a space where even though he’s had more pop albums than anyone else, because he did it through rap, which is not traditionally considered the pop music scene,” he says. “It’s great.”

Rodgers continues by explaining the impact that Jigga has had on the industry as a whole.

“He has changed the way we listen to music.” —@NileRodgers on Jay Z becoming first rapper inducted into 2017 Songwriters Hall of Fame #SHOF pic.twitter.com/rHISmBLRcp

Warner/Chappell Chairman & CEO Jon Platt, who revolutionized the music publishing industry by making producers foot the bill for samples, allowing songwriters to retain more of their own money, also released a statement about the importance of Jay Z being the first rapper named as an inductee into the Songwriters Hall of Fame. The exec has followed Hov’s career from the beginning, as he signed the rapper right after the release of his 1996 debut project.

“Since his debut album, Reasonable Doubt, was released over two decades ago, it’s been an incredible honor to work with the greatest MC of all time as he continues to achieve the unprecedented,” Platt says. “Today, his songwriting is celebrated with a new, landmark achievement: being inducted into the Songwriters Hall of Fame. With this announcement, Jay is also the first rap artist to ever be inducted into the SHOF. This is an enormous accomplishment for Jay, as well as on behalf of fellow hip-hop songwriters everywhere, as he takes his place alongside past inductees and legends, ranging from Bob Dylan to Stevie Wonder, and Marvin Gaye to Lennon & McCartney. All of us at Warner/Chappell can be immensely proud that it is Jay Z, who has made this historic moment possible with his revolutionary body of work.”

The induction ceremony will be held June 15 at the Marriott Marquis Hotel in New York City.

Jay Z has been nominated for the prestigious Songwriters Hall of Fame as a member of the Class of 2017, the Associated Press reports. If inducted, the mogul would become the first rapper to enter the esteemed music organization.

Jay is the first Hip Hop artist to be nominated for the Songwriters Hall of Fame, which songwriters become eligible for after writing hits for 20 years. Jigga’s 1996 album Reasonable Doubt began his trek into superstardom where he’d release favorable hits such as “Hard Knock Life,” “Empire State Of Mind” and “Big Pimpin’,” among many others. The LP celebrated its 20th anniversary in June.

Roc Nation took the time out to congratulate its founder on Twitter.

Congratulations to JAY Z (@S_C_) for being nominated in to the 2017 @SongwritersHOF. pic.twitter.com/GNIBgLia5G

Other nominees in the running for the Songwriters Hall of Fame include George Michael, Madonna, Bryan Adams, Vince Gill, Babyface, Max Martin and Kool & the Gang.

After voters turn in their official ballots in November, the 2017 Songwriters Hall of Fame induction ceremony will be held June 15 in New York City.