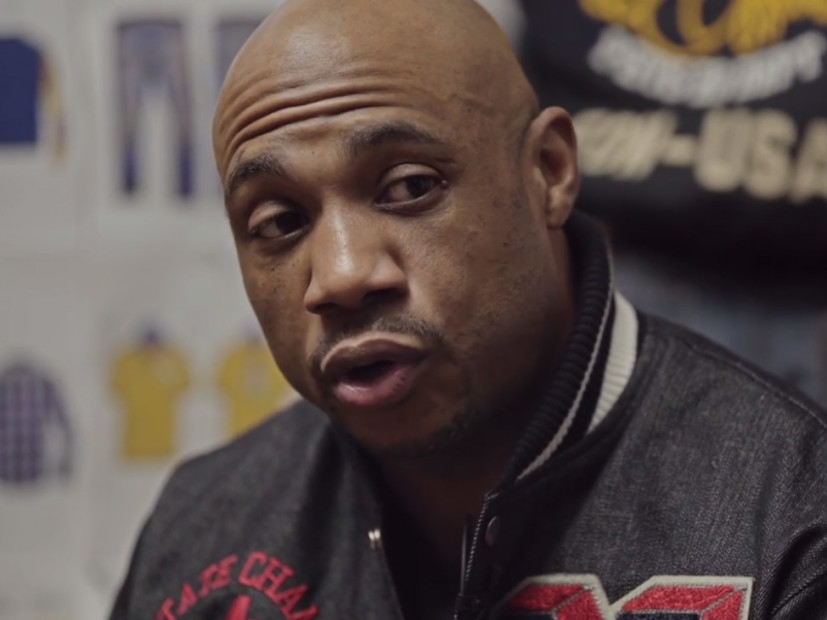 To honor the 20th anniversary of Jay Z’s Reasonable Doubt, Genius spoke with none other than Kareem “Biggs” Burke about his memories uniting with Hov and Dame Dash for the iconic LP. Biggs was out of the music industry for a few years when, in 2012, he was given a five-year prison sentence for drug trafficking. He was freed last year and, for the most part, has kept a low profile, but opened a pop-up shop in Los Angeles this weekend to commemorate June 25, 1996.

Reflecting on the album, Biggs says that when he first met Jay Z, he wasn’t a fan of his sound and as Dame Dash and Jay pitched the music to labels, the companies weren’t feeling it either.

“Some of the music that Jay was shopping early on, I think that people didn’t really gravitate towards,” he says, “even though lyrically, he was probably on top of his game. People just couldn’t really see the vision.”

Burke says that “In My Lifetime” was the song that made him a believer in Hov’s potential. Dame and Jay came to him after exhausting the label circuit and asked if they could team up for an independent release.

“They kinda approached me and was like, ‘Look, we’ve been trying to get this done, but we think the better play is to kinda do it ourselves. Instead of getting a label deal, we should just go independent and own 80 percent of the record and get a distribution deal,'” he recalls them telling him. “I gave ’em an offer they couldn’t refuse and we kinda put it together.”

And Roc-A-Fella Records was born.

For Reasonable Doubt, the crew enlisted Freeze, a subsidiary of Priority Records, to handle distribution and Biggs explains how they were naive about the nature of the industry.

“The deal we signed with them, we thought it was 80 percent, but it was 80 percent of his piece, which was a small piece,” he says, “so it really wasn’t the deal that we expected, so instead of making three or four million [dollars], probably made 30 or 40,000. It didn’t really stop anything on our side becasue we were living good at that time, but it taught us something.”

Another aspect of the album-making process they were new to was how to manage resources. DJ Premier, who produced “D’Evils,” “Friend Or Foe” and “Bring It On,” recently told Biggs how he would be frustrated at how many reels were used up on skits.

“He said, ‘Y’alls wasting all my reel. I come in upset like, “Yo, these dudes just wasted 15 minutes on reels.'” He said, ‘Y’all would just laugh all day.’ So we was in there, there’s a lot of stuff that didn’t make it, too. We were just trying to give life to the album.”

Although conserving reels in today’s digital age is essentially not a problem, standing the test of time like Reasonable Doubt has is a challenge that will never go away. Looking back, Biggs says that none of them could have anticipated the legacy of Reasonable Doubt.

“Making that album, it was just the here and now,” he says. “Being these black guys from these urban neighborhoods, Dame getting his GED, Jay dropping out of school when he was 10th grade, later getting his GED, and me barely graduating from high school, to put together this conglomerate that reaches down to the millennials today, right? Because now, it branches off to Kanye West who now has G.O.O.D. Music, right? So if there was no Kanye West, there would be no John Legend and Big Sean, right? Desiigner, “Panda,” who’s relevant today.”