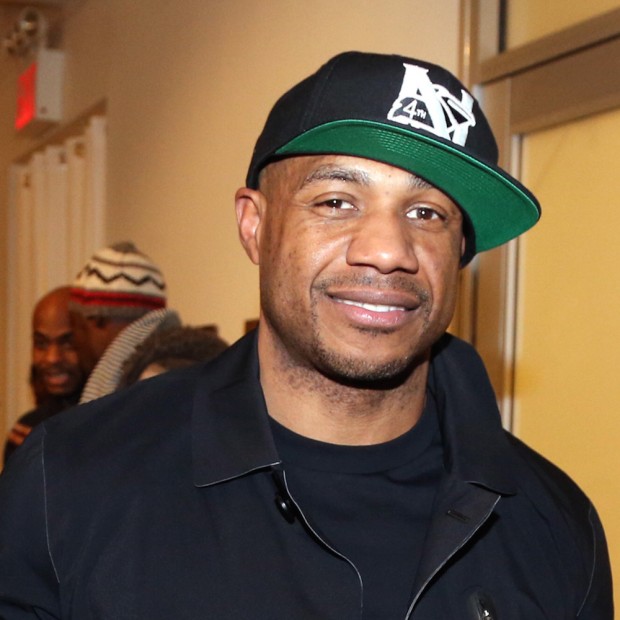 Kareem “Biggs” Burke has been photographed with Pusha T and Cam’ron. The Roc-A-Fella Records co-founder was reportedly released from prison in November, but has apparently kept a low profile since his release.

The pictures were taken at a recent event from Footaction and Fourth Of November, which also posted photos from the event, including one of Cam’ron and Biggs. Cam’ron recorded for Roc-A-Fella Records and also served as its Vice President.

“Caught on camera! A Celebration of new ventures… @fourthofnovember#WelcomeHomeBiggs,” Pusha T wrote on the caption of his photo with Biggs.

In 2012, Biggs was apprehended as part of a drug sting that resulted in the arrest of 50 people. He was reportedly sentenced to five years.

In 2014, Dame Dash, who co-founded Roc-A-Fella with Biggs and Jay-Z, said he was disappointed that Biggs had not received more support while incarcerated.

“I’m not too satisfied with the support of other people that he’s looked out for over the years,” Dash said at the time. “I’m not happy with that. It doesn’t matter what people think. I just project it. I don’t project for that. I just project. Like if the shoe fits it has to be worn.”

The Instagram photos featuring Kareem “Biggs” Burke photographed with Pusha T, Cam’ron and others are as follows:

Caught on camera! A Celebration of new ventures… @fourthofnovember #WelcomeHomeBiggs

Was a great night. Talking old war stories. Salute to a real one… #BetOnYourself #4thOfNovember #Hoffa