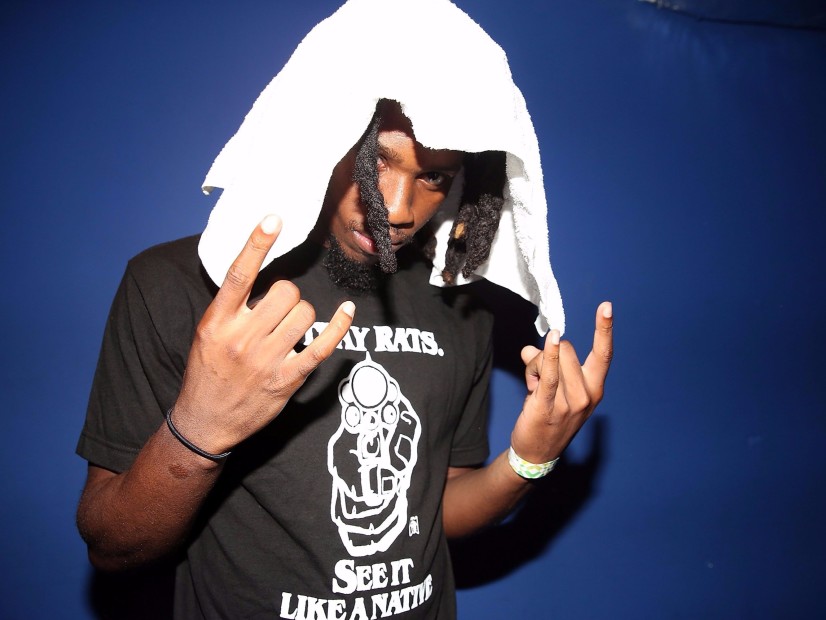 Denzel Curry Not Down With Internet Gangsters

Miami, FL – For most burgeoning artists, a social media presence is a crucial element to their success and ascent to notoriety. But for Carol City, Florida native Denzel Curry, his online presence was intentionally minimal for a long time. He’s only recently started to post more frequently. As he explains to HipHopDX, he was simply tired of the internet gangsters.

“I’m starting to get on it a little bit more,” Curry tells DX. “I just started to be goofy and not worry about people commenting ‘cause that was the main thing. People commented and people saying shit I don’t like and getting away with it. I don’t like that shit ‘cause you know in real life they wouldn’t get away with it if they say it in person.”

“They don’t dare say it to my face,” he says. “The only way they can’t get away with it is on social media, you know what I’m saying? With that, I was hot. I was mad, you feel me?”

One day, he just decided to not let them get to him anymore. He was aware he could disable the comment section on Instagram, but that wasn’t how he wanted to handle it.

Curry has a theory about where all that hate was coming from.

“Either they’re jealous and have nothing better to do, or they’re low key fans and don’t want to admit it,” he says.

When he’s not rediscovering social media, the newly sober Curry is busy putting the finishing touches on his forthcoming album, Taboo, his follow-up to 2016’s Imperial. Although he remained tight-lipped on the details, he did confirm the title and that it was close to being done.

“I’m mysterious because people are curious,” he says with a laugh. “I got a wall. If I’m going to tell you some real shit, you’re going to hear it from me. I don’t want to reveal too much.”

Until then, he plans on grinding so he can eventually take over the world. He’s currently in Miami working on a documentary about his life with Spotify and is about to hit the road with Run The Jewels in October.

On Wednesday (September 6), Nike also unveiled the Who You With campaign featuring Curry, Vince Staples and EarthGang, which fits well with his plan to be involved in as much as possible.

“I just want to get in the door, get my name known so I can do other shit,” he says. “I still want to be fire at what I’m doing right now. If I’m fire now, then I’ll be fire at the next shit I do, then I’m just going to be fire for life.”