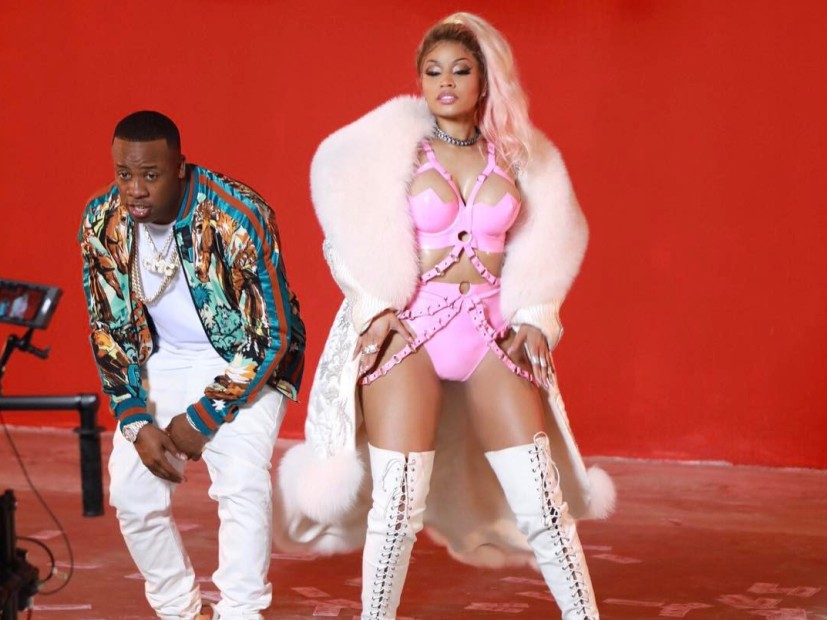 Yo Gotti and Nicki Minaj’s “Rake It Up” has entered the R&B/Hip Hop Single Sales chart at #10, this week.

Cassie also made a huge return after taking a long musical hiatus, earning the highest debut of the week with “Love A Loser” (#23) featuring G-Eazy. Rae Sremmurd snatched this week’s second-highest debut with “Perplexing Pegasus” (#30).

Elsewhere on the chart, French Montana and Swae Lee remain at #1 with “Unforgettable” for the second week in a row. It also appears that DJ Khaled’s single buzz is declining with the exception of “Wild Thoughts” featuring Rihanna and Bryson Tiller. Cardi B’s rising single “Bodak Yellow” also jumped up two spots from last week to #6.

Yo Gotti’s “Rake It Up” featuring Nicki Minaj had a 19 percent increase in sales for the week ending on August 10, placing the Mike WiLL Made-It single at #10.

“Rake It Up” has sold a total of 83,657 units so far and 14,635 of that came from this week’s sales. The single is featured on Gotti and Mike Will’s collaborative mixtape Gotti Made-It, which dropped in June. The music video, which was slated for a Saturday (August 19) release, will feature Nicki and Blac Chyna racing foreign whips.

Although Cassie hasn’t released new music in a long time, it doesn’t mean she hasn’t been in the studio recording. Her new single with G-Eazy, “Love A Loser,” garnered the R&B/Hip Hop Single Sales charts highest debut this week at #23, moving a total of 7,659 units.

Cassie’s last album was her self-titled LP in 2006 and her last mixtape, RockaByeBaby, was released in 2013. Her last single to hit the charts was 2012’s “King of Hearts,” which hit #39 on the US Rhythmic charts.

Rae Sremmurd May Have Another Hit With “Perplexing Pegasus”

“Perplexing Pegasus” is Rae Sremmurd’s latest single to debut high on the R&B/Hip Hop Single Sales chart. Coming in at #30 and moving 5,805 units, the Mike Will Made-It single will reportedly appear on the duo’s forthcoming album, SremmLife 3.