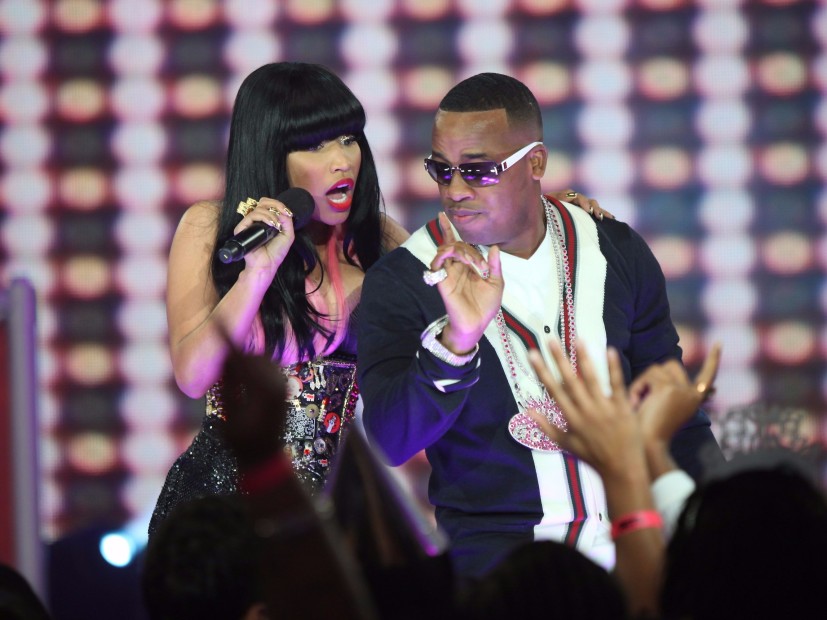 Yo Gotti Reveals Why He Loves Working With Nicki Minaj

On the heels of his collaborative project with Mike WiLL Made-It, Gotti Made-It, Memphis rap kingpin Yo Gotti is clearly in heavy promo mode. He recently spoke to Billboard about a myriad of topics, including why he is a fan of working with Nicki Minaj.

Gotti nabbed the Hip-Pop songstress for one of the project’s singles, “Rake It Up,” although it’s not the first time they’ve paired up. In 2009, the two also worked together on Gotti’s “5 Star Chick” remix as well as 2016’s “Down in the DM.” Over the years, he’s evidently gained a lot of admiration for the tenacious artist, who he calls a “boss.”

“I got a lot of respect for Nicki on many different levels,” Gotti said. “As an artist, I think she’s super dope and she always kills the verses every time. I got a lot of respect for her as a business woman. She a boss. Whenever I’ve dealt with Nicki on a record whether it was ‘5 Star Chick’ to ‘Down in the DM’ to ‘Rake It Up,’ she’ll be very hands-on with her business. She’s very in tune with everything that she’s a part of, even if it’s a feature.

“Whether it’s something small like the mix and master, she’s involved, and I have a lot of respect for her because of that,” he added. “A lot of artists don’t give a fuck. They’ll do their verse and not give a fuck how the artwork is. Many things that are little to some people, like the tedious things, she be on her sh-t and that’s how I am. I be on my sh-t so from one boss to another, I really respect her business.”

Gotti, who signed with Roc Nation in 2016, also touched on his blossoming relationships with Jay Z and Diddy, and explained how studying how they operate helped shape his business philosophy.

“Now that I’m business partners with Jay Z [at Roc Nation], Jay gives me a lot of game and he motivates me,” he said. “Just being able to pick up the phone and call Jay and just the working relationship that I have with him, that alone motivates me.

Gotti just dropped his “Letter 2 The Trap” video on Tuesday (June 6) and plans to take off on an extensive North American tour this summer, beginning June 29 in Memphis.