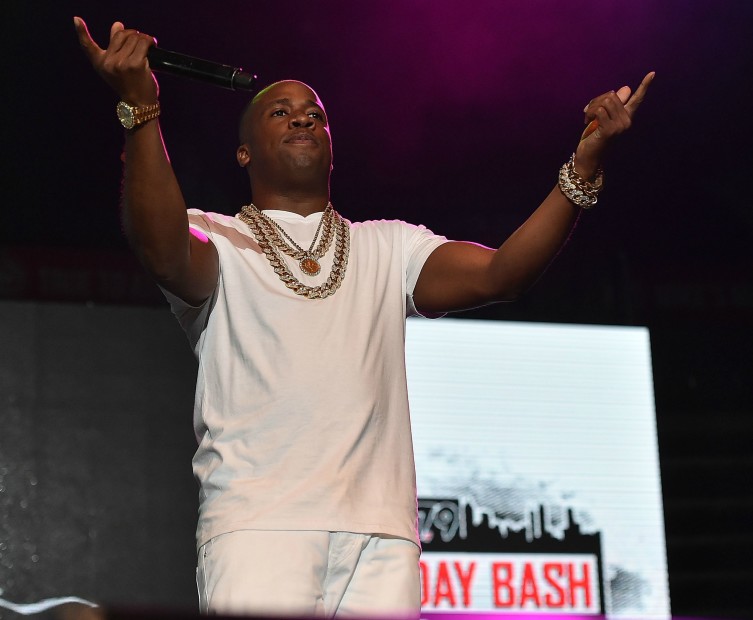 Bringing up Yo Gotti’s cold war with Memphis rival Young Dolph seems like a trite issue at this point in time. That’s with regard to the fact that we’re not even 90 days removed from the budding rapper’s scathing diss track, “Play Wit Yo’ Bitch,” which was proceeded in the timeline by a still-unconfirmed 100-round shooting in Charlotte and Dolph’s second 2017 project, the aptly titled Bulletproof.

Regardless of how things may have played out off wax, the basis of the rift was always over supreme dominance for the hometown crown. Running one’s city is still a very coveted title in Hip Hop, no matter if bars are part of the conversation or not. The younger and more vibrant Dolph clearly knew to ensure his stock was of the premium blend, he needed everywhere outside of Tennessee’s largest city to know who was running things.

These days, internet sensation plays a big role in throwing kerosene on a small fire and then forgetting about the rubble the next day. Initial reactions to the Dolph ether shots were met with great fervor and Gotti did swallow a bit of embarrassment, especially when Gabbana followed suit with the diss track’s music video, which featured a Gotti doppelgänger with a hairline more pushed back than Tha Carter V.

Yet, Gotti’s resilience towards silence matched his superstar ranking. His Roc Nation boss once rapped “A wise man told me not to argue with fools/’Cause people from a distance can’t see who is who.” Jay Z also dedicated a “half a bar Fuck U” to the lesser known rappers throwing barbs his way and Gotti holding out for the mic drop moment has seemingly paid off.

For the first time ever, the “Down in the DM” rapper’s annual “Yo Gotti & Friends Birthday Bash” will be held at the FedexForum, home of the Memphis Grizzlies. That’s right, the “cocaine muzikcian” has elevated his status to stadium size — NBA arena money. Even with the resourceful muscles of Roc Nation and radio station WHRK 97.1 doing the heavy lifting, booking big arenas certainly ain’t cheap and even with the cash in hand, isn’t always a guarantee.

Let’s put things into perspective, here. Back in 2009, when Drake starting rattling cages in the game, he embarked on a mini-nationwide tour in support of his breakout mixtape, So Far Gone, doing relatively small venues and club spots. The next year after his studio debut Thank Me Later was released, he was onward to more sizable auditoriums for his Away From Home Tour, like Los Angeles’ Gibson Amphitheatre, which sat nearly 9,000. Last year’s Summer Sixteen Tour (which went on to become the highest grossing Hip Hop Tour known to man) was virtually arena exclusive and really shed light on how putting in work opens up the throne for the taking.

Over the years, the Memphis Birthday Bashes have boasted the likes of Nicki Minaj, Jeezy, Meek Mill (with whom Gotti is embarking on a 2017 tour with), Nelly, August Alsina, DeJ Loaf — you name it. Although this year’s festivities haven’t unveiled their co-stars just yet, you can bet it’ll be worth the price of admission come June 29.

Sorry Dolph, sometimes you got to master the role of the prince before you can operate the kingdom. Gotti is styling in the crown for now.