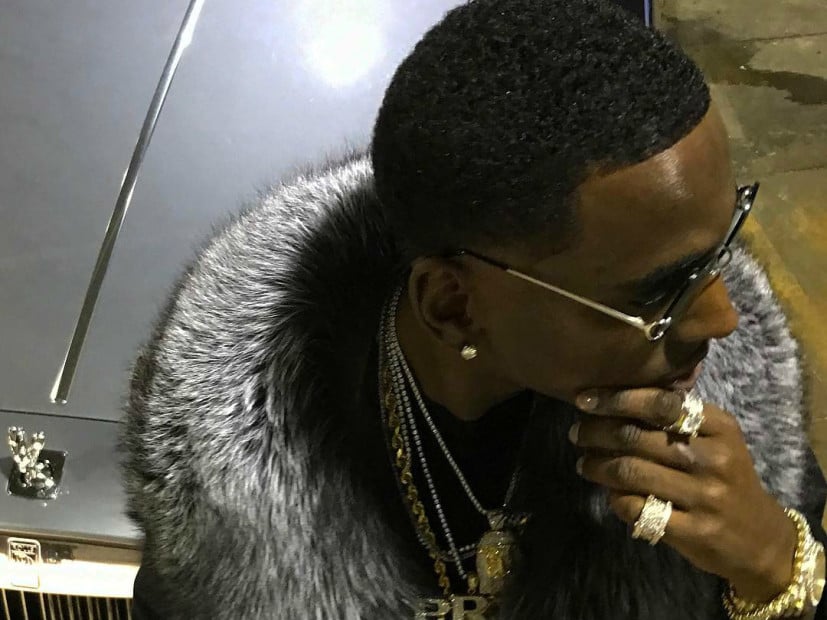 Young Dolph On Charlotte Shooting: "I Wanna Talk About It But I Can't"

Young Dolph continues to stay tight-lipped about an apparent attempt on his life in Charlotte on February 25 over CIAA weekend.

The Memphis rapper cagily denied knowledge of a shootout in a recent interview with HipHopDX and took a similar approach in a sitdown for TMZ’s Raq Rants that was released Wednesday (March 8).

Details around Dolph’s alleged role in the incident have been scarce, despite local coverage from the Charlotte Observer, who said that dozens of shots were fired near an uptown Charlotte apartment complex around 6:30 p.m. on Saturday, February 25. Police on the scene said that nearby apartments and cars were hit up to 100 times but that no injuries were reported.

Although neither the police nor the local media have positively connected Dolph to the shooting, a video pulled from social media went viral that put the rapper’s name in the headline. It shows a vehicle in the street and an observer says that the car is bulletproof. Dolph addresses the reports of the car being bulletproof in the TMZ interview, saying that it costs $300,000 to armor a car.

DX reached out to reps for Young Dolph shortly after he was linked to the shooting incident. They declined comment.

Dolph was in Charlotte over the CIAA Tournament playing shows. The first was on Friday (February 24) at the Cameo nightclub with 21 Savage and Migos both on the bill, and the second was on Saturday at The Palace nightclub. Neither performance was linked officially to the CIAA.

The incident took place on the heels of Dolph’s recently unleashed video for “Play Wit Yo Bitch,” a diss track aimed at Yo Gotti that casts an actor to play his Memphis rival. He reportedly performed the track on the Saturday night,  although in his comments to DX, he dismissed the Gotti beef as “old” news.

Dolph Went To The Club Lastnight After Getting Shot And Performed His Diss In Front Of A Sold Out Crowd ?pic.twitter.com/1NN8mrWRRC

Name 1 rapper dat spent over 3 mill of their own cash out THEIR OWN POCKET n turnt they self to a superstar. never signed a deal & da CEO??

Name 1 rapper dat spent over 3 mill of their own cash out THEIR OWN POCKET n turnt they self to a superstar. never signed a deal & da CEO??