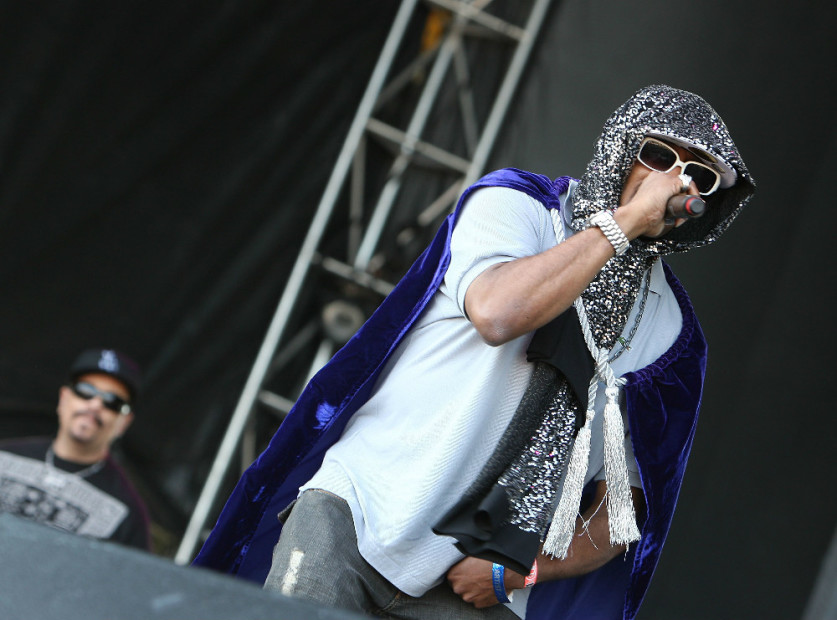 New York, NY – As the news begins to circulate that Dr. Octagon — Kool Keith, Dan The Automator and DJ Qbert — is releasing a follow-up to the 1996 classic, Dr. Octagonecologyst, its sole MC is readying himself for the onslaught of press requests he will undoubtedly have to field in the coming months. Thankfully, the New York native, who is traditionally difficult to get on the phone, was open to revisiting his golden era glory days and reflecting on the creation of one of Hip Hop’s most coveted albums, one he suspected would become an undeniable classic.

“I kind of thought it was [a classic] because when I made it, it was kind of different from everything out at the time,” Keith explains to HipHopDX. “I kind of felt that album was going to be different from than anything else in Hip Hop. I had knew the milestone back when ‘Critical Beatdown’ was out and so I knew something different was going to make a mark. The music was all different.”

Over 20 years later, Dr. Octagonecologyst is not only getting a vinyl reissue, but the talented trifecta also just reunited for its first live shows ever. Prior to March 2017, Dr. Octagon had never performed as a unit. While Keith has remained active with his solo career (most recently, he dropped a full-length, Feature Magnetic) and resurrected his Analog Brothers project with Ice-T, Pimp Rex, Marc Live, and Silver Synth last year, Dr. Octagon’s seminal album was a landmark project that launched him into legendary status. It also didn’t come with massive amounts of features, something he believes dilutes any project.

“Features kill an album,” he says. “I think an artist nowadays can’t hold an album by themselves. I was on the whole [Dr. Octagon] album, maybe [Sir] Menelik was on a couple tracks. Production was all Automator. It wasn’t two tracks from this person and two tracks from that person. Kool and the Gang was all Kool and the Gang. James Brown was all James Brown music. It wasn’t a feature over here and feature over there, and if there was a feature, it wasn’t a predictable one. Those are good things. Most commercial features are pretty much predictable. That’s cool once in awhile, but I think people get carried away with that stuff.”

From his stint with the Ultramagnetic MCs to his incarnation as the Black Elvis, Keith has become a master of reinvention, and continues to evolve. In his opinion, however, many current rappers don’t take their image seriously and with so many features on their records, he believes it’s led to the lack of classic albums.

“So many features makes it seem like the artist can’t handle his own,” he explains. “He’s not interesting enough to carry his own, so you have to flood him out with a bunch of features, and soon the features become the stars on their own album. You start thinking the guest wrote the album.

“It’s the image, too,” he adds. “Rap came too far to dumb it down. That’s why people don’t take it seriously. People got their stereotype on rap. Like, ‘Oh, rappers look like they’re going to snatch my pocketbook.’ A rapper not supposed to really look like that. They supposed to be the star.”

For now, Keith is focused on keeping his skills sharp as he kicks off another tour with the rest of Dr. Octagon throughout the months of May and June. At 53 years old, he’s like the Mick Jagger of Hip Hop and we’ll most likely be hearing about Keith for years to come.

“Rap is a sport,” he says. “You have to keep it up. It’s like if you don’t shoot no ball for a while, you’re going to get out a shape. Some guys can’t adjust. You hear Big Sean rap fast or Drake’s cadences. It don’t bother me. Shit, I did Octagon.”