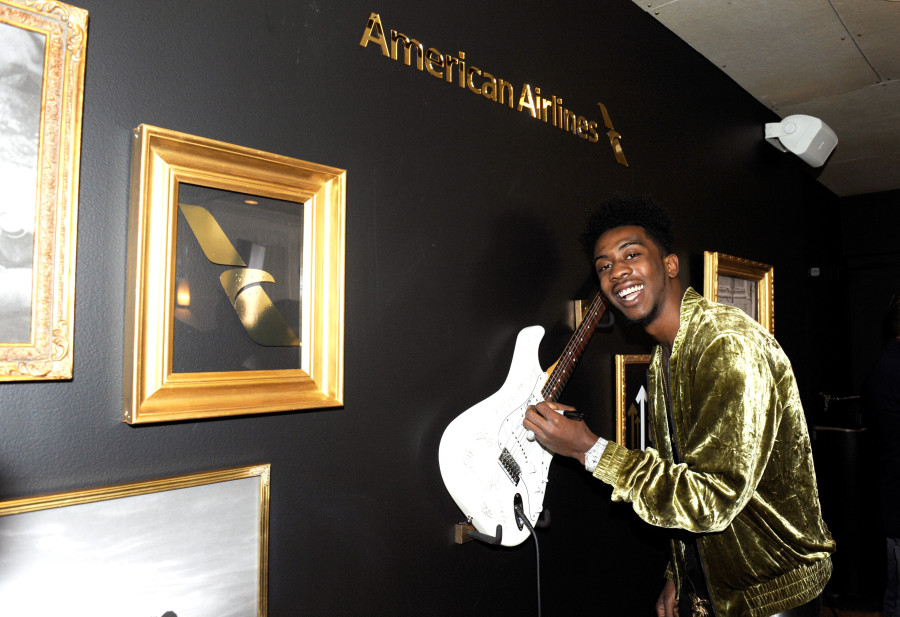 New York City, NY – Anticipation for Desiigner’s debut album has been building ever since his single “Panda” became a smash hit. After finally announcing his Liife Of Desiigner LP earlier this year, the G.O.O.D. Music artist provided another update on Thursday (August 10) by sharing the project’s cover art.

The image was originally posted on his Instagram account but has since been deleted. All his previous posts have been deleted as well with one remaining: a picture of the artwork for his Gucci Mane-assisted track “Liife.”

There is still no update on a release date as Liife Of Desiigner continues to be billed as “coming soon.”

(The original version of this article was published on April 28, 2017 and can found below.)

Desiigner has had an unquestionably good 365 days. His hit record “Panda,” which was near the top of our “Most Lit Songs Of 2016” list, became a cultural phenomenon, spawning a never-ending sea of remixes, and becoming certified 5x Platinum. Yet, he dodged the dreaded one-hit wonder pitfall when his second single “Tiimmy Turner,” which went viral and also went Platinum — and featured a Kanye West remix.

Currently signed to Yeezy’s GOOD Music imprint, and on his Outlet Tour, he announced his upcoming Liife Of Desiigner album earlier today on Twitter, and those who take in his tour dates will get to hear it first.

Come To The OUTLET TOUR To Get Fiirst Liisten Of The ???? #LiifeOfDesiignerAlbum

Many critics and fans are skeptical about the ability to meet, or let alone exceed, the success of his debut single, and initial handful of songs. Much of that skepticism stems from the lackluster commercial performance of his three new singles, which have — thus far — failed to penetrate radio or Billboard, while “Panda” is currently at #100 after 64 weeks on the Digital R&B/Hip-Hop single sales chart.

Last week he allegedly tweeted “Fuck NY RADIO,” which could potentially have been a sign of frustration about the lack of support from hometown influencers for his new music. Still, the new records are having an impact online; Since it was released on February 14th, Outlet has over 4 million spins on his official YouTube channel and over 3.5 million on his official SoundCloud page. “Holy Ghost” has amassed well over 4 million cumulative spins.

With or without radio support, Desiigner seems to be thriving and enjoying every step of the journey. While it’s unlikely that most artists — including Desiigner himself — will match the cultural impact of “Panda,” it’s likely that Liife of Desiigner will do solid numbers.