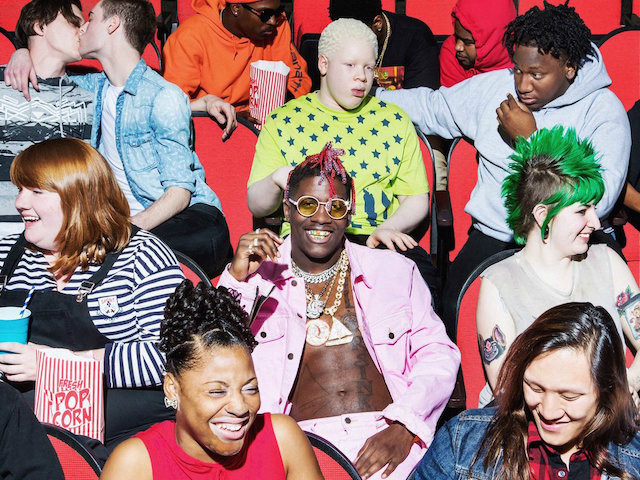 Lil Yachty has unleashed his Teenage Emotions LP into the world. Armed with 21 tracks, the project features guests like Migos, Diplo and YG. It serves as the follow-up to the 19-year-old’s 2016 mixtape, Summer Songs 2 and also marks his first official studio album.

The Atlanta rapper teased the project last month when he posted an Instagram post featuring the controversial album art with Yachty sitting in the middle of a movie theater surrounded by “outcasts.” As indicated by the title, his personal feelings is a theme he addresses throughout Teenage Emotions.

Lil Boat appeared on Beats 1 Radio early Thursday (May 25) and host Zane Lowe covered a bevy of topics, including being arrested for credit card fraud at 18 years old and his haters.

(The original article was published April 20 and can be found below.)

Love him or hate him, Lil Yachty is one of the leaders of Hip Hop’s current youth movement and the 19-year-old Atlanta native has big plans for 2017. This coming May, Lil Boat will release his debut album, Teenage Emotions, featuring some stars from his hometown among other guests.

Yachty, born Miles McCollum, took to Twitter to share the album cover and tracklist for Teenage Emotions. Among the features present on the 21-track release is Migos on the song “Peek A Boo” and YG alongside Kamaiyah on “All Around Me.”

To my true fans, there is no more confusion. My album drops May 26. This is the cover and the tracklist. Embrace The Youth. 5.26.17 ⛵️❤️ pic.twitter.com/hcxg8WYfKh

Rounding out the features are Diplo on “Forever Young” and London Grime artist Stefflon Don shows up for “Better.” Evander Griiim makes an appearance on “XMEN” and continues a strong year for the El Paso, Texas rapper after making a splash with the “Right Now” remix featuring Gucci Mane.

Teenage Emotions is set for a May 26 release.