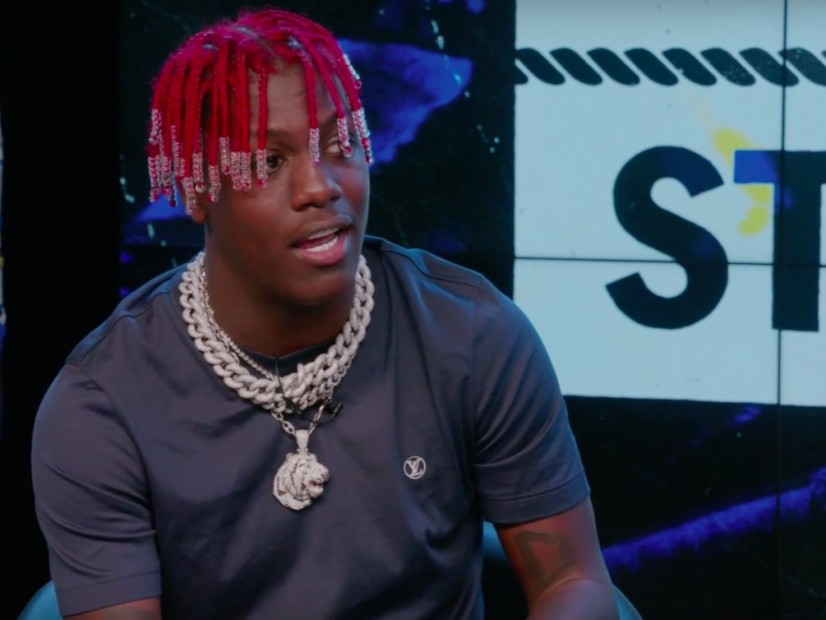 A noticeably agitated Joe Budden took Lil Yachty to task on Complex’s new talk show, Everyday Struggle, where he sat down with Yachty, DJ Akademiks and Nadeska Alexis to discuss a range of topics, including Yachty’s controversial album cover for Teenage Emotions. On the cover, Lil Boat is photographed at a movie theater with several “outcasts” surrounding him — an overweight girl, a punk rocker, two gay men, an albino, and a woman with vitiligo. When the Atlanta native explains how he can identify with feeling like an outcast, Budden clearly takes issue with it and immediately calls his claim “bullshit.”

When Yachty says he’s “happy every day,” Budden then accuses him of being “media trained” before schooling him on “how humans work.”

“Feelings are fickle,” Budden said. “What that means is, they come and they go. Nobody is one thing forever. You cannot tell me … you would be lying to tell me that as a young man in this industry, in this music industry, in the music business, you are happy 24-7. That is a lie. That is bullshit. And I refuse to have somebody tell me bullshit. I want to have an honest conversation.”

Yachty calmly replied, “When you come from a college dorm room, with no money…and you ain’t gettin’ no play with no girls, you have no clothes, you have no car…and you come to having three or four cars, millions of dollars, half a million dollars on your body just to wear, and any kind of clothes you want, any hoes you want, how can you be upset?”

Throughout the interview, Budden says he’s trying to “understand” him even though he frequently cuts the 19-year-old off. As the discussion gets more and more volatile, Yachty keeps his composure and does his best to stand up to the veteran MC.

Last month, Budden blatantly called Yachty out on another episode of Everyday Struggle and referred to him as a “troll.” Yachty responded by posting Lil B’s diss track directed at the Slaughterhouse rapper before taking the couch on the show.

Perhaps this latest conversation will humanize Yachty in Budden’s eyes (but probably not). Watch the full 47-minute video above.