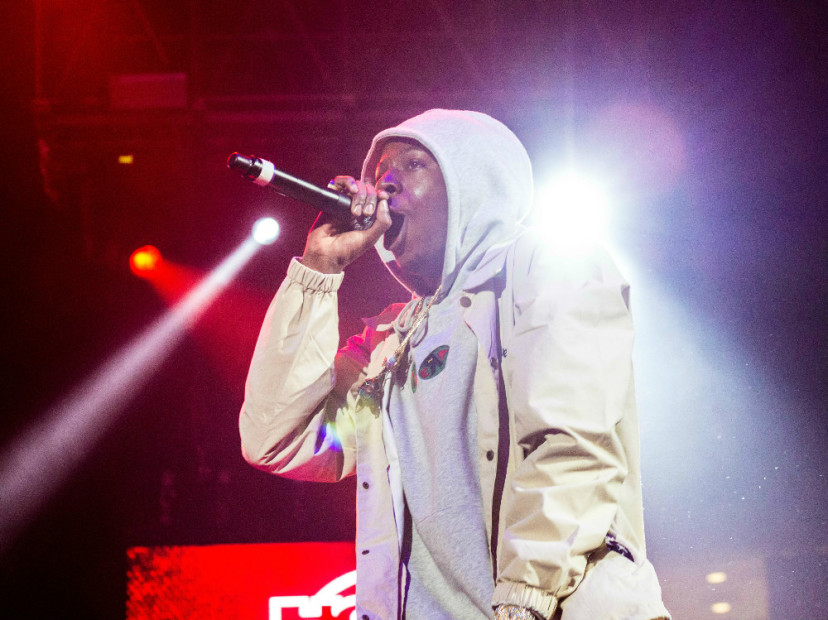 Joey Bada$$ Is Still Proud To Be An American

Joey Bada$$ set the rap game on fire with the release of his All-Amerikkkan Bada$$ album earlier this month. Even if the hype for the project was short-lived with Kendrick Lamar storming in with his DAMN. album a week later, the reverberations of the Brooklyn MC’s work will be felt for a long time.

In an interview with GQ, Joey explains his complicated relationship with his home country after the drop of the politically-charged project.

“I accept the dark with the light,” he shares. “I am who I am because of the way everything is. I wouldn’t even be conveying this message if I wasn’t here in America. So how can I not be proud to be here? It’s definitely an interesting question, because we do have a love-hate relationship with this country.

“Deeper than that though, America is as first-world as it gets. It can be really hard to connect to your deeper, spiritual self with all of the poisons and distractions in a place like this. We live in the Matrix here! Seriously, we straight up in the Matrix, we thought we would have flying cars, but it’s just these devices that got us locked up. Just imagine what the next 30 years will look like, babies growing up with devices in their hands already. They’ll be showing their babies their entire lives on the internet.”

Here's the real cover that will be underneath the flag sleeve when you purchase the physical album next week. ALL AMERIKKKAN BADA$$ in stores and available everywhere April 7th. Shoutout to @tonywhlgn for designing and Gari Askew for shooting.

The album’s cover art helps tell the powerful story of life as a black man growing up in the modern United States. Joey hangs out of a car with an American flag flying and he has both middle fingers up. He explains how the cover wasn’t even planned, but while shooting the video for “Land of the Free,” the moment just happened.

“It was the universe. You can never fully plan the way things happen,” he explains. “I was just driving the car, and out of nowhere I just stuck my head out and put my middle fingers up. In my head it wasn’t like, ‘Yo, this is gonna be the cover.'”

All-Amerikkkan Bada$$ received a 4.1 rating from HipHopDX and is expected to debut in the Top 10 on the Billboard 200 when the numbers are released Monday.