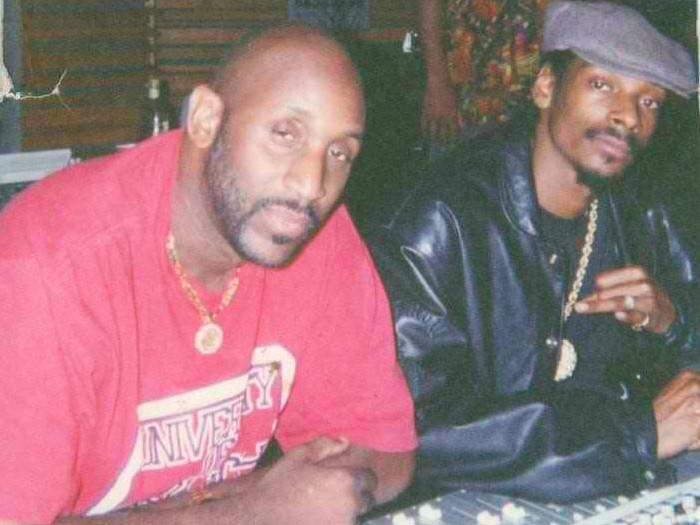 Producer/keyboardist L.A. Dre, who was an affiliate of Ruthless Records in the late ’80s/early ’90s, passed away on Monday (April 3), according to former N.W.A publicist Phyllis Pollack and longtime affiliate Too Short.

Born Andre Bolton, Dre had a hand in crafting some of gangster rap’s seminal albums, including N.W.A’s Straight Outta Compton, Eazy E’s Eazy-Duz-It, and Above The Law’s Livin’ Like Hustlers, as well as Michel’le’s self-titled debut. After Dre worked on the Straight Outta Compton Tour in 1989, Bay Area legend Too Short eventually took Dre on tour with him as his sound engineer and the two soon became like brothers. Needless to say, his sudden passing was unexpected, although Dre had suffered a stroke just six weeks earlier.

“I’m shocked,” Too Short tells HipHopDX. “Me and Dre didn’t do a lot of music together. We worked a lot together, but he was the sound guy for N.W.A on the Straight Outta Compton Tour, the one they depict in the movie. He was the sound guy on that tour and I was the guy that went on before N.W.A. We all met on that tour. That’s the first time me, Eazy and Ice Cube all hung out and really bonded.”

In 1993, Short moved to Atlanta and Dre followed a year later. According to Short, before Dre left California he worked on Michel’le’s album, specifically the 1989 track “Something In My Heart.”

“I don’t know the whole story, but I know he worked on that song,” he says. “He did other stuff with Dr. Dre like playing keyboards in the studio. Later, after he moved to Atlanta, he wasn’t a sound guy on tour with N.W.A anymore, so I started taking him on the road with me and did my tour for about 10 years.”

While Short and Dre stayed in touch over the years, most recently they teamed up to open a Los Angeles-based studio and were just nearing its completion when Dre suffered the stroke.

“We put together a really nice studio in L.A., and then he had the stroke,” he explains. “Basically, we were in the process of doing this new thing. It was a real big deal. It kind of hit me hard because he’s the one guy who has a lot of knowledge about everything in the building, and he had a hand in hooking everything up. He knew how to wire the studio.”

At 6 p.m. on Monday (April 3), Short received a FaceTime call from Dre, who had been in the hospital since his stroke, although he had no idea it would be the last time he talked to him.

“His wife told me he was instructing her to make some phone calls on FaceTime,” he says. “He called some friends and then called us at the studio. I picked up and he was on FaceTime, sitting up in the bed. He couldn’t really talk, but he was waving and throwing up the peace sign, smiling and laughing a little bit. We told him we loved him and that we were holding the studio down and everything.

“She said that he got off the phone, and that he was in a really, really, really good mood,” he continues. “He spent some time with his wife and right before he passed, she said that he told her to lean over and he was rubbing on her face. He kept saying, ‘I love you, I love you, I love you,’ then he told her to kiss him and as soon as she kissed him, he grabbed his chest and took his last breath. I never heard of anyone dying like that and I think it was just the greatest thing.”

Short suspects Dre had a feeling his time was up and those phone calls served as his final goodbyes.

“His wife called me at 8 p.m., crying, just two hours later like, ‘He just died’ and I was like, ‘What are you talking about? I just talked to him,'” he says. “It caught all of us off guard. His wife had been the only one there when he passed and I guess when the family came to the hospital, they were looking at the body and were like, ‘Why is he smiling?’ He died with a smile on his face.”

Dre played a significant role in Warren G’s recent documentary, G-Funk, and will undoubtedly be remembered by the countless artists he worked with, including members of J.J. Fad, DJ Speed (who helped start Ruthless Records) and The D.O.C. Check out some of those reactions below and find the documentary here.

Damm We Lost Another Westcoast Pioneer RIP #LADre (Far Left) If You Don't Know About Him He Was A Big Part Of Ruthless Records Worked On A lot Of Albums,He Was A Big Part Of #Michelle Debut Album He Was A Writer,Producer,Played Keyboards,He Was Currently Working With Too Short Also RIP #KMG #AboveTheLaw (Next To LA Dre) #GoneNeverForgotten