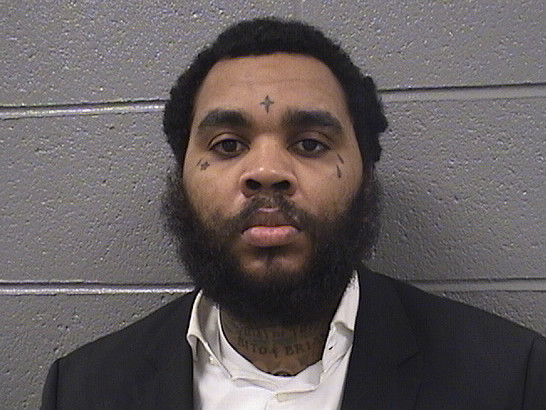 Chicago, IL – Kevin Gates and his mounting legal troubles led to an interesting 24 hours for the Louisiana rapper. After being released from a Florida jail, Gates turned himself over to Chicago authorities due to an outstanding warrant on a weapons charge, according to TMZ.

The Cook County Sheriff’s Department says his next court date is scheduled for April 3 and he is being held without bond.

On March 24 in Polk County, Florida, Gates waived extradition and accepted the transfer without asking for a new hearing. He was finishing out the last of a 180-day sentence for kicking fan Miranda Dixon at a Florida show in 2015. Research into Gates’ arrest record revealed the 2013 Chicago warrant on weapons charges. Gates was released from Polk County at 4 p.m. EST on Wednesday.

Gates tried to get the kicking case dropped after claiming Florida’s “Stand Your Ground” defense, saying the fan kept grabbing at him.