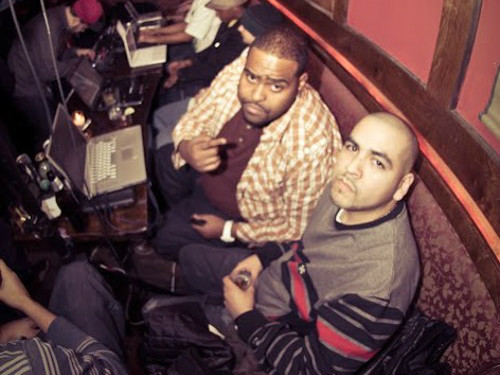 New York, NY – 1990s Hip Hop on the East Coast was an era in itself: DJ Premier, Pete Rock, Large Professor, the list goes on. This is a time where the ability of dropping hard-hitting bars over an equally hard-hitting beat was treasured. With this new age of mumble rap and Ugly God sensations taking over, it’s been hard to keep this valued sound of real Hip Hop alive. Translation: the “old heads” aren’t happy.

Meet Dave East’s in-house production duo, Buda & Grandz. Their long list of production credits now includes work for Maybach Music CEO Rick Ross. Specifically, they are responsible for “Maybach Music 5,” the fifth installment in the notorious “Maybach Music” series. The record can be found on his upcoming project Rather You Than Me, which even got a co-sign from Martha Stewart.

On a late Monday afternoon (March 13), HipHopDX hopped on a phone call with the two artists from the The Bronx to discuss the possibility of bringing “real NYC Hip Hop sounds” back.

Grandz states, “Actually we’ve been trying to do that for a while now. We pride ourselves in not chasing trends, and just doing things that come from the heart. Being from New York. . . lot of people say it sounds like New York, only because we’ve lived there all our lives. That’s what we used to and that’s what we bring to table, pretty much.”

Grandz follows up, “Exactly, ‘cause it’s always going to be an influence. We always kind of grow and make it our own, and take it to the next level.”

When asked how they would describe their sound, they responded with, “We focus on our drums. We like our drums to hit hard and come through the mix.”

Buda responds, “I think it’s a lot easier because the environment in Cali is a lot more open door policy amongst artists and artists, like more of an opportunity. People are more willing to work, based on fact that you’re not from out there. Every time we come to California, we get amazing placement. The comradery and community amongst studios and artists are a lot more open and receptive, in comparison to New York.”

When asked who their favorite artist that they’ve worked with was, both agreed upon one: Jadakiss.