Dave East Has New Details About Nas' Album Involving Himself 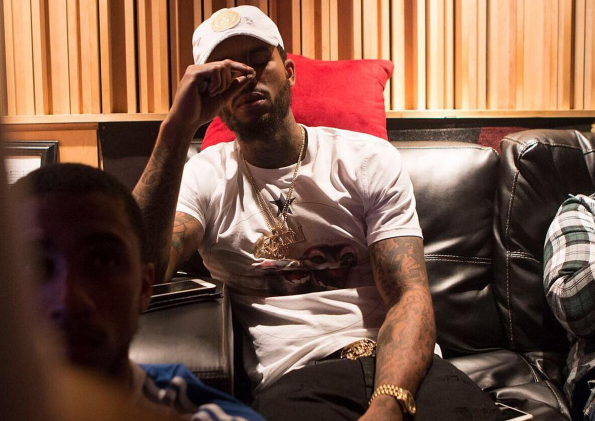 Atlanta, GA – Somewhere in between taking swigs of Henny and looking out for a hoodrat named Keisha, Dave East may have managed to land himself on Nas’ upcoming album.

The Mass Appeal top draft pick recently chopped it up with with Billboard at the 2016 BET Hip Hop Awards to talk his upcoming project, Kairi Chanel, and let out a laugh while saying “I might be on it” in reference to his Illmatic boss’ anticipated work-in-the-making.

During his latest interview with HipHopDX, Nas gave an overview of the creative space he was operating in to create his still unannounced twelfth studio album.

“I’m in my zone. And that’s just what it is,” he told DX. “I always stuck with my message and my way, and that might not work for anybody else. I wouldn’t suggest people follow me, but I feel like the ones that can see where I’m going and they see some good in it, and if I can make somebody happy with the moves and I inspire somebody over there, then I inspire a generation. I inspire one man or one woman; I inspire a generation so anybody that can see the moves that I’m doing, I hope that is inspiration to them and that each one, teach one. So musically it’s same old, same old. Listening to Otis Redding, listening to Frank Sinatra and getting to my vibe has always just been as simple as that.”

The proud Harlem native is also looking to score himself a groundbreaking project to add to his résumé with the forthcoming Kairi Chanel, and he’s not selling himself short when it comes to promoting it.

“[Kairi Chanel] I feel is my best work to date. I named it after my daughter because she’s the greatest and most defining moment of my life,” he tells Billboard. “Everything I’ve done up until now has led me to her, so I translated that into music.”

The world will know when Kairi Chanel hits Apple Music on September 30.