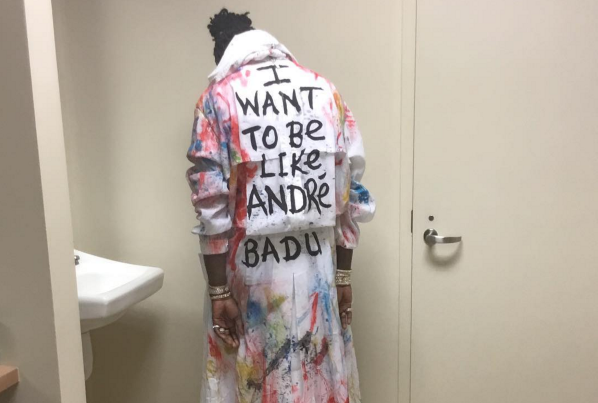 Atlanta, GA – This year’s BET Hip-Hop Awards was immersed in a politically-charged motif with rappers showing their support for the Black Lives Matters movement.

T.I. kicked off the theme of the night with his Black Panther-inspired performance of “We Will Not” while Lecrae and Big K.R.I.T. also took the moment to address America’s current political and racial climate with their performances.

The 11th annual award show was taped on Saturday (September 18) and took place in Atlanta at the Cobb Energy Performing Centre.

The BET Hip-Hop Awards saw red carpet appearances from Young Thug, DJ Khaled, Rick Ross, who stepped out with Ms. Lira Galore, Young MA and Migos among many others. The artist also known by his governement name, Jeffery especially turned heads with a custom robe with the phrase “I Want To Be Like Andre Badu” spraypainted on the back.

Kendrick Lamar was present to honor Snoop Dogg with the prestigious “I Am Hip Hop” Award while the audience also got to enjoy performances from Gucci Mane, who opened the show with his song “First Day Out The Feds” and Desiigner who closed out the show with his new single “Timmy Turner,” among many other performances.

While the official BET Cypher freestyle line-up hasn’t been announced, it is known that both Kevin Hart a.k.a Chocolate Droppa and Lil Wayne will be spitting in this years.

The BET Hip-Hop Awards is slated to air on October 4.