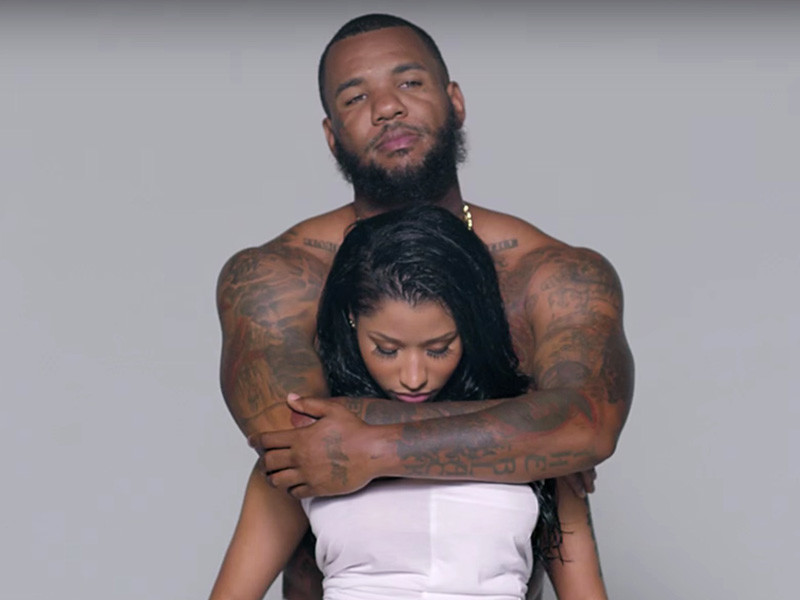 The Nicki Minaj/Remy Ma beef is turning into an all out war, with Trey Songz, Hot 97’s Ebro, Papoose and Meek Mill all getting dragged into it whether they like it or not.

The latest combatant to enter the arena is The Game, who jumped into the fight fingers-first, re-opening the can of  whoopass from his last beef with Meek Mill. The two had a blowup in September 2016, as Game waged war with the Dreamchasers boss in his “92 Bars” attack and throughout the lead-up to the release of his 1992 album.

Reposting a screenshot of Ebro’s Instagram meme that Meek Mill had “liked” (a Mortal Kombat fatality sequence with Remy’s character brutalizing Nicki), The Game took the side of his “Pills N Potions” video co-star, going on a more than 300-word rant in the caption.

This the type of hoe shit I hate… This lil bitch @meekmill aka Meesha salty cause his woman left em. Instead of being a REAL NIGGA & leaving the situation with ya head up standing tall, you in ya feelings so you get her house robbed & do fuck nigga shit fronting for the followers she gave you… liking pictures & leaving comments on posts that disrespect the woman who gave you life, actually loved yo dusty ass, bought you shit you couldn't ever afford on yo own & even stood by your side when Drizzy bodied you.. instead of leaving yo bum ass like she should've, she held yo skinny rat face havin ass down !!! Now she gone & all you can do is try & shit on her every chance you get over social media ?? Straight pussy shit… you know how many REAL NIGGAS would love the chance to wife up a Nicki Minaj, Rihanna or a Beyonce' & you out here playing…. Had a bomb ass woman & blew it cause you wasn't man enough to return the love that was given…. you a ? ass nigga, won't fight me, but quick to tell Drake he can get a fade ??? straight fuckin sucka… I shoulda never took my hands from around Nicki that day we shot #PillsNPotions… that was the last time she been held by a REAL NIGGA !!! #NiggasIsTheNewBitches #OurDayIsComingSoon #DickChaser #ThemHerFollowers #iRememberWhenYouHad600ThousandB4Her #KeepRidinDirtBikesWitYoNutsOnNiggasButts #NickiGetYouAREALMAN #HeyBigHead ? @nickiminaj Nigga you would've died after Drizzy bodied you if Nicki wasn't on ya arm lil ungrateful pussy…. she the only reason you lasted long enough to beef wit me & trust me, the day is coming where I throw yo lil punk ass over 6 cars !!! What type of nigga wanna see the girl that gave him everything he got hurt.. bird ass bum #NickiBirthedYou #WhatREALMANwannaSeeHisGirlHurting ??? #AnswerDatShit !!!! #OnlySoLongFakeThugsCanPretend

Aside from throwing the terms “hoe,” “rat,” “bitch,” and “pussy” in Meek’s direction, he also makes several specific accusations.

He also made some overt passes at Nicki, tagging her, hashtagging #HeyBigHead, and telling Meek, “I shoulda never took my hands from around Nicki that day we shot #PillsNPotions… that was the last time she been held by a REAL NIGGA !!!”

Interestingly, the rant came only a few hours after he posted about going to church.

Woke up this morning on my way to church feeling Godly ?? #LifeIsGood #MalcolmXVibe [snapchat: airthuggin]

Also of interest, as Fameolous pointed out, Nicki Minaj liked the post.

@nickiminaj agrees with @losangelesconfidential about @meekmill being wrong ???

But perhaps most interestingly: the one person that Game follows on the social media service? Yep, you guessed it.

At the time of publication, Meek has yet to respond or delete his Instagram.