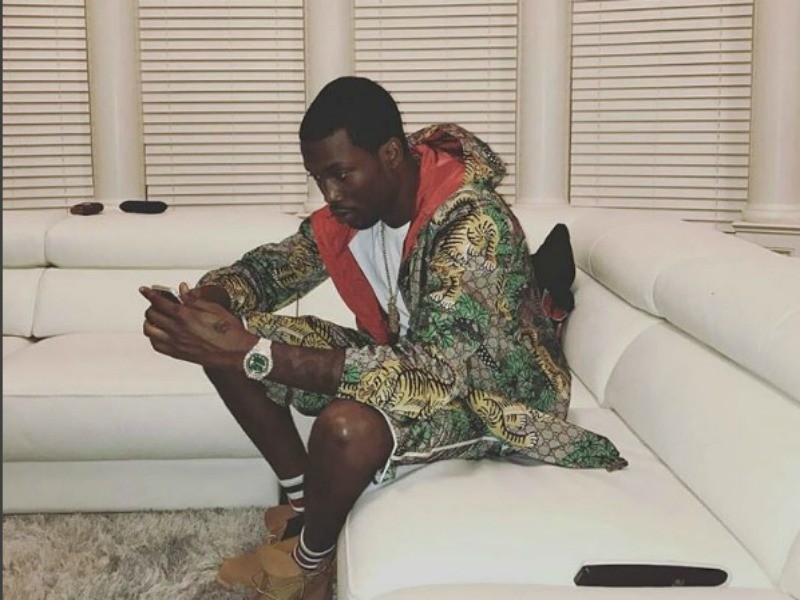 Meek Mill has once again deleted his Instagram after posting a cryptic message fans have suggested was aimed toward his ex-girlfriend Nicki Minaj. The Philadelphia rapper has used the social media tool in the past to throw shots and this particular instance may have had similar aims.

Last Thursday (January 19), Mill posted a photo to his Instagram page sitting in a driveway atop a luxury vehicle with the caption reading, “Left my bent in her driveway …. her ex ni#%a embarrassed #pullup.” He didn’t tag anyone specific, but given his recent breakup with ex-girlfriend Nicki Minaj, it might not be a stretch that Mill is still out there taking shots. (That said, does that really look like Nicki Minaj’s driveway to you?)

#MeekMill sitting unbothered but do you think he's taking shots?

Making things even more complicated, Mill posted a large diamond ring to his account last week as well, which raised speculation that it was the same ring he gave to Minaj. Mill claimed that rumors he’d taken the ring back were lies and tried to bury the chatter.

The last time Mill made a dramatic exit from Instagram was last December after Minaj posted a cryptic message some thought was aimed at her former man.

Adding to this growing situation, Mill was reportedly spotted in Atlanta this past weekend with actress Keke Palmer.