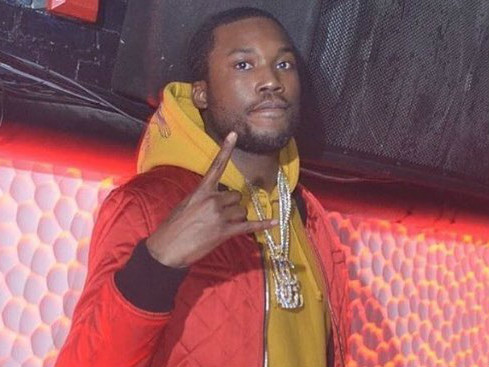 After the Queens rapper shared to the world that she is no longer in a relationship earlier today (January 5), the MMG artist shared a pic on Instagram of one of the shoes Minaj wore in the video for Ciara’s “I’m Out.” He’s deleted the post now, but peep a screenshot below with his caption, “If you walk out don’t wear these they wack….”

The breakup song opened Ciara’s self-titled album from 2013 (this was before her split with Future). The video showed the two women in white bodysuits wearing the Giuseppe Zanotti “Lorenz” Wedge shoes.

#MeekMill being petty about the shoes #NickiMinaj x #Ciara wore in their breakup song "I'm out" ??? #TSRBreakUps

Meek Mill and Minaj had their fair share of bumps in the road as they reportedly had a dispute when Meek Mill was on house arrest last February for violating probation. The breakup rumors really began swirling when Nicki posted a cryptic post after her birthday and reports surfaced of the Philly rapper having a year-long affair with a boutique owner in his hometown. Then, the pair performed separate New Year’s sets in Miami before she made her declaration of independence today.