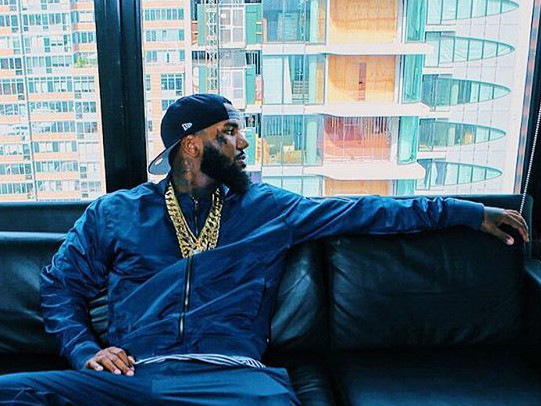 The internet – The Game isn’t letting up. He’s keeping busy on Instagram, making sure his 7.1 million followers know he thinks Meek Mill is a rat, as he initially claimed on “92 Bars,” the diss track that started the whole beef.

Exhibit A: A picture of two rats being hanged from a tree. One is tagged Meek Mill. The other is tagged Omelly, one of the Philly rapper’s Dreamchasers and a friend who assisted him on his “OOOUUU” remix dissing The Game.

Exhibit B: Slippers made out of dead rats, which he dubs the “Air Ratatouille” as he mocks Meek’s deal with Puma.

Meanwhile, Meek Mill posted the definition of “dickriding” to his own account. It’s not explicitly directed toward anyone, but some options are The Game’s manager Wack 100 who called out the MMG rapper for letting his goons jump Beanie Sigel. Or perhaps it’s directed at Beans himself, who called out Meek for not handling his business in the whole beef.

And don’t forget Meek seemingly put the Philly legend on blast by sharing a screenshot of a text message where Sigel was apparently praising him and dissing Lil Uzi Vert.

Anyways, Meek is still prepping Dreamchasers 4, which is supposed to be out this month. So he has two days to drop it.