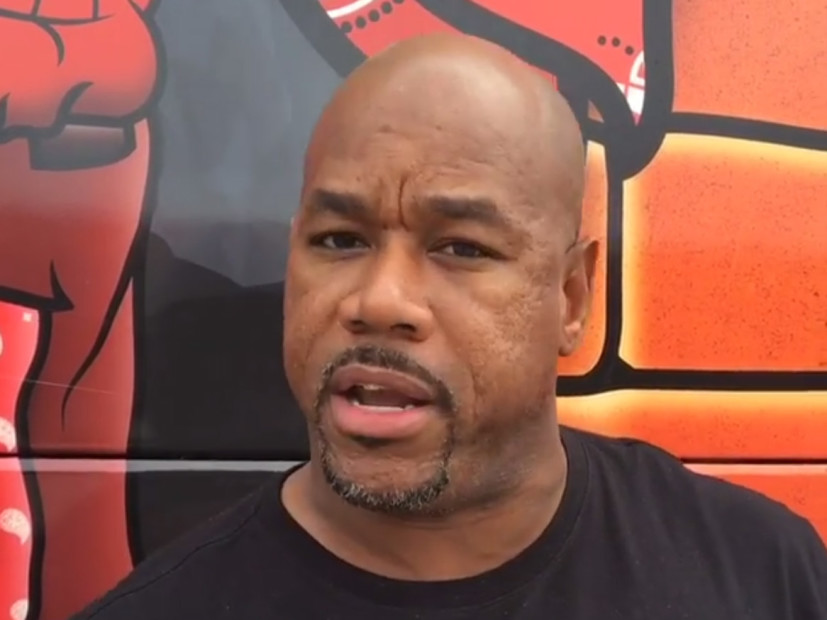 Wack 100 has something to say about Meek Mill allowing his Dreamchasers camp to beat up Beanie Sigel in the midst of the MMG rapper’s beef with The Game.

The Compton rapper’s manager took to Instagram to blast Meek Mill. He says he should apologize for disrespecting Beans, who put Philadelphia on the map for Meek Mill to represent in the first place.

“Just because 2 men have a conversation doesn’t mean a man violated a conversation,” Wack 100 writes in his caption for a video where he says Beanie didn’t tell The Game’s camp any confidential information from Meek. “Niggas made a assumption based on what another clown chose to do. The guilt and the thought of not knowing made you niggas find a innocent man guilty THEREFORE making you niggas worst than the crooked District Attorney. Your man on the video interview is the real one that confirmed it and 2 days before I talked to@beanieSigelsp I already communicated and sent info to @shabazztheog on what was what and what I already knew .

“The street code unless life has been taking you don’t violate a man and his family. #Beansis one of the reasons Phili is even recognized when it comes to hip hop and 20 plus years later you niggas choose to stand with the nigga @meekmill the individual that’s representing Phili the total opposite. He’s the reason why the world is looking at rappers from Phili TODAY as not being “IT” so I guess a picture or two or a false promise from a nigga that has a social following outweighs the Politics of a man#Beans that made it possible for the lil nigga to even say a city and niggas recognize it !! Yo Beans on Piru all luv and respect from the #West and we don’t acknowledge a nigga 6’7 350lbs hitting a nigga from the blind . We do face to face in these streets niggas didn’t get no points for that!!! Far as we’re concerned it Neva happened ..#YallOweThatManAPublicApology#MeekNeedsAIssue#IllNeverLeaveAManForDeadThatDeservesToLive”

Dreamchasers affiliate Teefy Bey seemingly was the one to beat up the Philadelphia legend as video surfaced of Sigel knocked out cold backstage at the Bad Boy Family Reunion show in his hometown.

In an interview after the fact, Bey wouldn’t give many details on why Beans got the beatdown, but said he “broke the code of ethics of the street.”

After Sigel appeared on Meek Mill’s “OOOUUU” diss track directed towards The Game, he appeared on a Baltimore radio station and said that he helped his fellow Philly rapper write his lyrics. The Game said this was the reason the Dreamchasers came after Sigel.

The beef between The Game and Meek Mill started when The Game called Meek a snitch on his “92 Bars” song. The MMG rapper retaliated with “OOOUUU” and Game answered with “Pest Control.” Not to mention the slew of words exchanged on Instagram, some revolving around philly cheesesteaks.

The Game just dropped the video for “Pest Control” yesterday (September 27) to fan the flames a little longer.