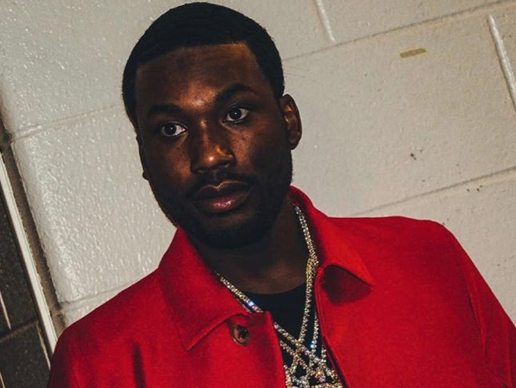 Meek Mill may make poor decisions on social media more often than his PR team would like, but posting himself co-signing Remy Ma’s Nicki Minaj diss song, “SHETHER,” is not one of them.

A video that’s making the rounds on the internet depicts the Dreamchasers chieftain sitting in the back of car, listening to the most slanderous lyrics of the aforementioned record that reference an alleged conversation he had with his ex-girlfriend’s nemesis.

Toward the top of the song, Remy Ma claims Nicki Minaj withheld sex from him for three months due to her butt implants imploding like a human whoopie cushion.

“And I saw Meek at All-Star, he told me your ass dropped/He couldn’t fuck you for three months because your ass dropped/Now I don’t think y’all understand how bad her ass got/The implants that she had put in her ass popped/I was like, “Damn, 90 days and you couldn’t have box?/Did she at least compensate? Start giving you mad top?
Her name Minaj, right? She ain’t throw you some bad thots?”

Of course, the Instagrammable moment feels too good to be true — because it isn’t true.

The actual video was taken sometime last fall when Meek was listening to The Notorious B.I.G.’s “My Downfall,” an ominous record from his final album, Life After Death, which detailed haters going to extreme measures to knock him off his spot in the rap game — and worse.

As for Remy Ma’s accusations, both Trey Songz and Old Man Ebro have publicly denied involvement with Nicki’s “box,” so the validity of the record is already being called into question just 24 hours into its existence.

As of press time, Meek has yet to respond or react to the “SHETHER” record but his social media (via Snapchat) has been very active. Over the weekend, he got into a verbal altercation with a host of female fans after he refused to take a picture with them and received backlash on Twitter for having a homeless man do push-ups before he could receive a donation.