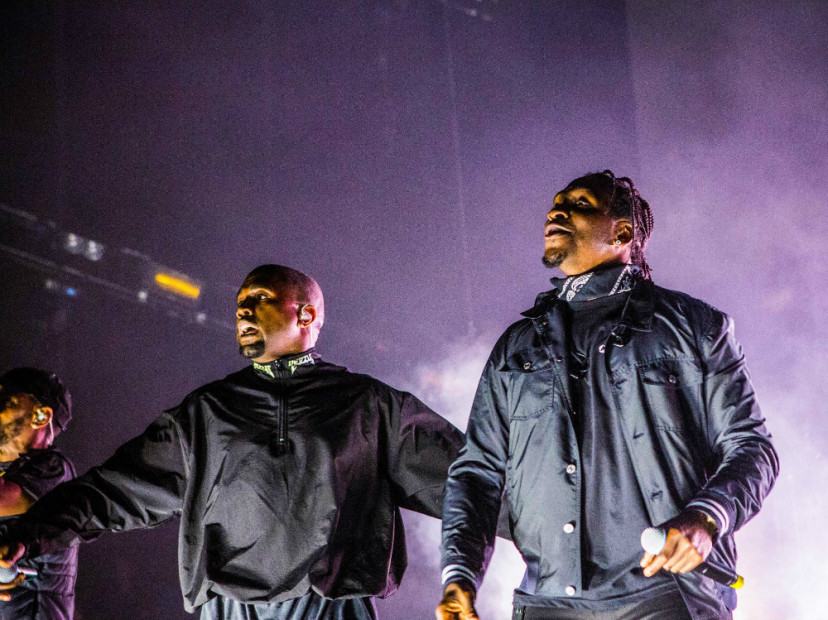 Washington, DC – Pusha T was among those who shook their head at Kanye West for meeting with President Donald Trump and, in an interview with WKYS The Fam in the Morning, the G.O.O.D. Music president says that he even tried to dissuade Yeezy from the chat. He was one of the few who knew about Kanye’s plans beforehand.

“This is not the first thing that me and Kanye disagree on. We disagree on a lot,” he explains. “… I was like, ‘Man, ain’t nothing to go talk about. What you talkin about?’ His perspective, we’re definitely polar opposites, he’s like, like, ‘Man you gotta talk, we gotta talk. There’s some things that I wanna get across in regards to education and so on and so forth.’ He was like, ‘Yo, bro, he’s in there. We gotta, we gonna communicate.’ He was like, ‘We either gonna communicate or we aren’t gonna be heard.’ That was his stance on it. My stance was like, ‘Listen, I can’t deal.'”

Pusha was a vocal advocate for Hillary Clinton, Trump’s Democratic opposition. He expresses his continued disappointment with the country’s choice of leadership.

“We took an L,” he says of his work with the campaign.

While the Virginia rapper says that fans can expect the much-anticipated King Push in the “springtime,” he also shares the Kanye is, in fact, working on new music. Whether that means Turbo Grafx 16 or something else, he didn’t elaborate.

Yeezy has been recovering from his hospitalization in November when he was admitted for “exhaustion” and reportedly suffered memory loss. He just debuted his Yeezy Season 5 fashion line yesterday (February 15).

Listen to the interview of Pusha T talking about Kanye West below.