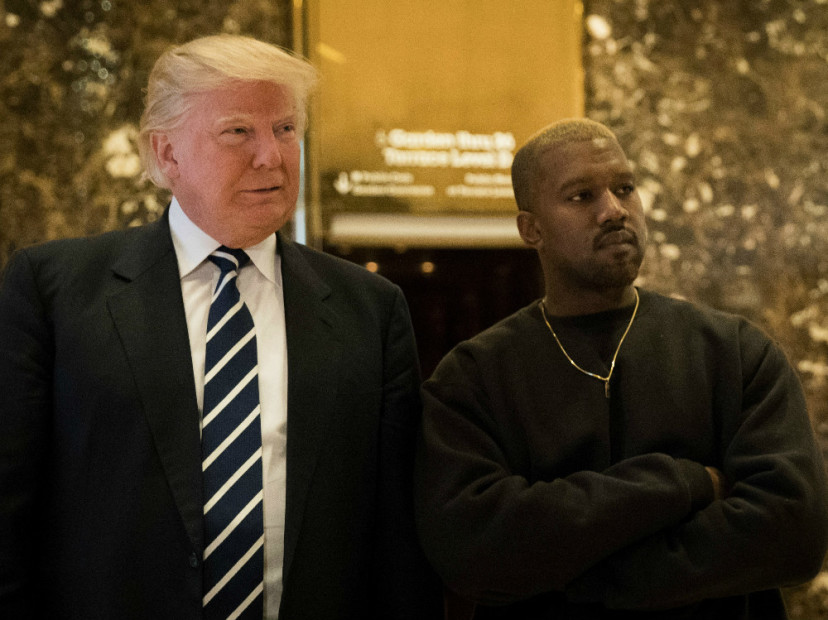 Kanye West Explains Why He Met With Donald Trump

When Kanye West appeared with Donald Trump earlier today (December 13), the internet scrambled to try to explain why Saint Pablo would be meeting with Hip Hop’s hated rival.

Kanye was quick to clarify the reason for the meeting, taking to Twitter for the first time since October to share that he and Trump had discussed “multicultural issues.” The Chicago rapper said he is especially concerned about issues in his hometown and explained that he wants no middle man between himself and the future leader of the country.

Yeezy had previously made waves when he ranted at a Saint Pablo Tour stop that he would have voted for the real estate mogul in the presidential election, which had many scratching their heads considering Hip Hop’s severe opposition to The Donald and the fact that West donated money to Trump’s political opponent, Hillary Clinton.

The Grammy Award-winning rapper was also tight-knit with President Barack Obama, even though Obama once lightheartedly called him a “jackass” for interrupting Taylor Swift’s VMA acceptance speech in 2009.

Obama even shared presidential advice for ‘Ye after he had announced plans to run for president in 2020. The race would have pit him against Trump should the Republican choose to run for a second term in four years. However, it looks like now, Kanye has pushed his presidential campaign back another four years.