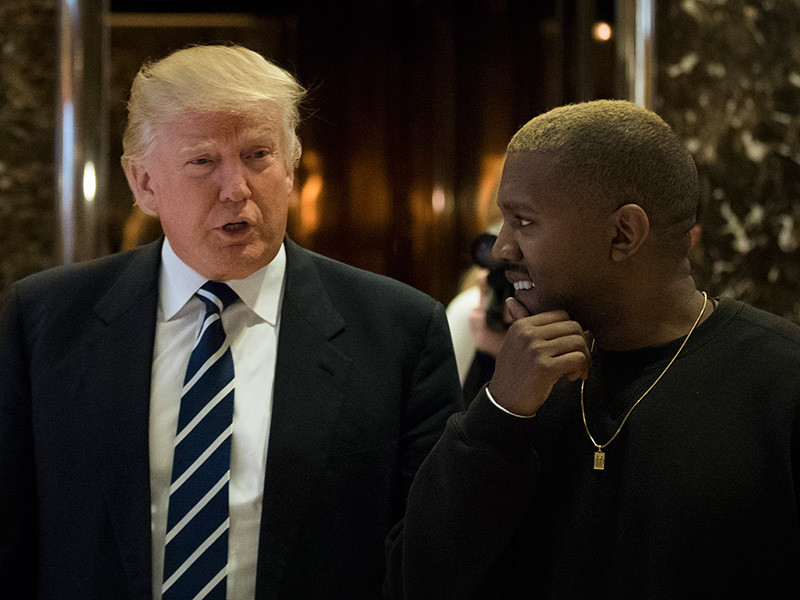 Kanye West was spotted heading into Trump Tower in New York City this morning, less than two weeks after his release from Ronald Reagan UCLA Medical Center in Los Angeles.

Shortly after, Kanye and President-elect Donald Trump appeared in the lobby of the building, posing for photos together. When asked what they’d spoken about in their meeting, Trump simply responded: “Life.” He also said that he and Kanye had been “friends for a long time.”

Kanye didn’t comment to reporters other than to say that he only wanted to take a picture for now.

"We've been friends for a long time": Kanye West and President-elect Trump appear together at Trump Tower https://t.co/QoofBJzY1x pic.twitter.com/DK6z1P9LhG

Before the meeting, video footage emerged of Yeezy, sporting his new blond haircut, strutting through the foyer of Trump Tower and into an elevator surrounded by security.

The press pool ask him what he and the President-elect will be talking about but Kanye brushes them off with a simple “Hey.”

Kanye famously expressed support for Donald Trump in a lengthy rant during his Sacramento show before walking off stage after only three songs. This was just days before he was admitted to hospital. Kanye admitted that he had not voted, but if he had it would have been for Trump.

Donald Trump has reportedly been finding it difficult to get major artists to agree to play at his inauguration … Could Saint Pablo be his savior?

According to the New York Daily News, Kanye West is also in the Big Apple to interview psychiatric professionals who could help him out while he’s on the East Coast. West was hospitalized last month after a bout of temporary psychosis brought on by lack of sleep and dehydration.

The NY Daily News has reported that he’s receiving daily medical attention, but that his doctors are all based on the West Coast, where Yeezy spends most of his time.